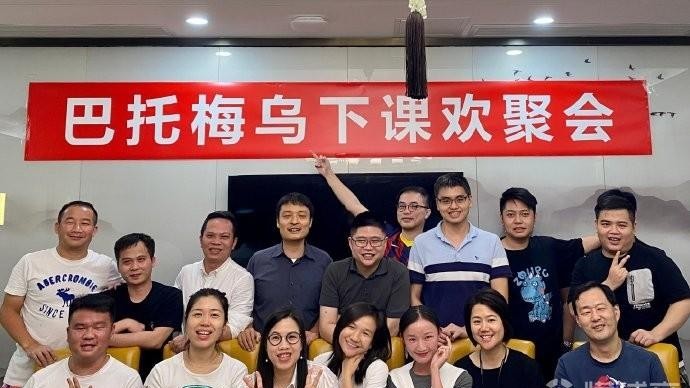 A Barcelona supporters’ club in the Chinese city of Shenzhen, in the southeast of the country, organised a celebratory dinner after the resignation of former Blaugrana president Josep Maria Bartomeu.

Many Barcelona fans around the world were deighted to see Bartomeu and his board depart the club, and it seems that was the case in Shenzhen, too.

According to the sports website Dongqiudi, this Barcelona supporters’ club in China organised a ‘special party’ to commemorate Bartomeu’s resignation.

The group’s account on Weibo – the Chinese version of Twitter – posted photos of the dinner, which was held in a private area of a restaurant where they hung a banner that read: “Celebrating Bartomeu’s departure”.

“The Shenzhen Barcelona supporters’ club is the best, we have organised a ceremony to celebrate it,” read one of the comments on Weibo.

Others have used sarcasm about the turbulent end to Bartomeu’s tenure at Barcelona, with comments such as “Real Madrid fans are organising a welcome ceremony for Bartomeu, who has finished his mission as an infiltrator and is returning to Madrid”.

Barcelona are one of the most beloved football teams in China and, in Bartomeu’s own words quoted by the press last year, there are up to 47 million Blaugrana fans in the Asian country, representing 16 percent of the club’s total fanbase.