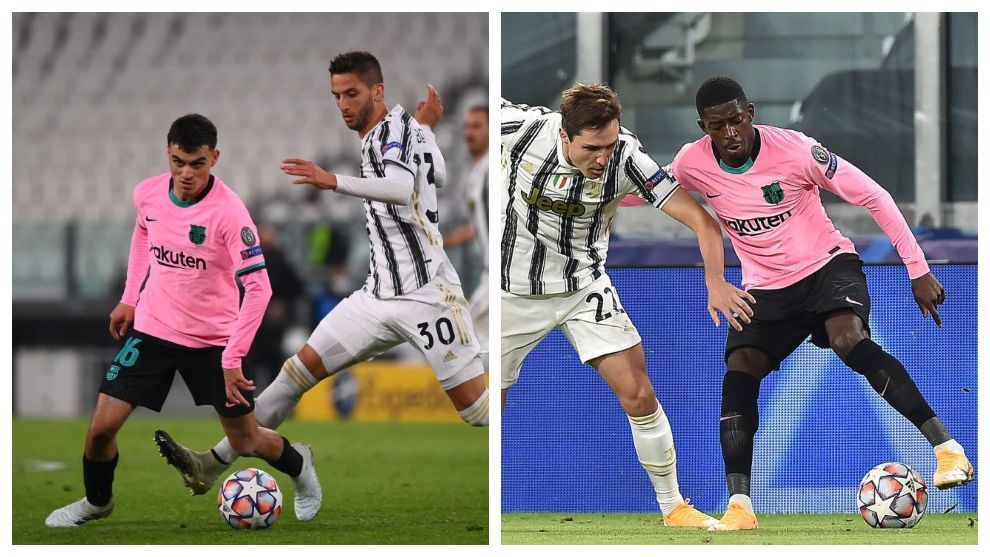 In a fine overall team performance, Dembele was excellent in the first half whilst Pedri shone throughout.

In the absence of Philippe Coutinho, Blaugrana boss Ronald Koeman decided to go with youth – Dembele is 25 and Pedri just 17 – and his attack was all the better for it.

Dembele had been underwhelming in his previous outings this term, but on Wednesday night he showed another version of himself at the Allianz Stadium.

He scored and could’ve had another, and aside from that he was also far more secure with the ball and lost possession fewer times. The Frenchman also displayed all his usual pace and trickery. He has without doubt taken a step forward and gives this team more attacking impetus.

Koeman is not short of options on the right flank. He has tried Antoine Griezmann and Pedri there without success, as well as Ansu Fati and Francisco Trincao. But after his performance there last night, Dembele could have sealed his spot alongside whichever of Sergi Roberto or Sergino Dest plays at right back.

Whatever Koeman decides, the last few weeks have been a big turnaround for Dembele, given he was transfer listed in the summer. Now he is starting to show his best form, although the question is whether he can maintain consistency.

Pedri, for his part, is showing that age is no barrier to ability. He kept up a high level throughout the encounter and showed all his box of tricks, including a Zidane-esque roulette in the middle of his own half.

He is proving to be one of the surprises of the campaign already, and given he started in both this match and the preceding weekend’s Clasico, it’s clear he has Koeman’s faith.

“Despite his age he’s so calm,” the Dutchman said. “He’s going to be a great player for Barcelona.”