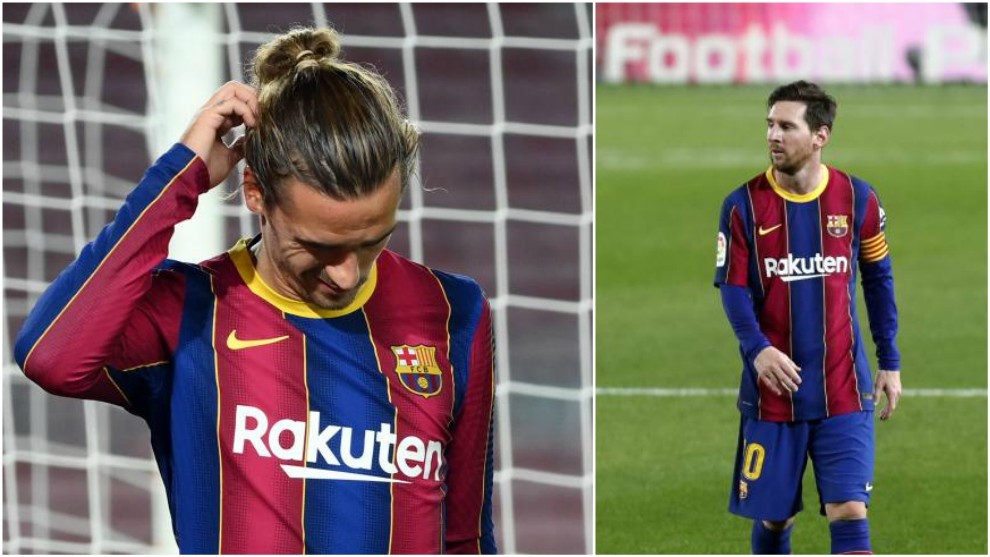 An uncle of Antoine Griezmann has blamed Lionel Messi for his nephew’s struggles at Barcelona.

The Frenchman joined Barcelona in the summer of 2019, but his time at the Camp Nou has been a disappointment.

Much speculation concerns his relationship with Messi, and these revelations don’t point to it being a good one.

“I was convinced that Antoine would take time to settle,” Griezmann’s uncle told the M6 TV channel.

“But I didn’t think it would take a year. Although, with Messi there, I know what goes on and it’s not easy.”

Griezmann’s family member said he couldn’t reveal everything that happens in the Barcelona dressing room, but he did flag some of the issues his nephew has to deal with.

“There are things I can’t say,” he said.

“But what I can say is that they don’t work hard enough. The training sessions are designed to suit certain players. It’s clear there’s not enough hard graft going on.

“Antoine needs to work, even if others don’t need to do much to feel good. He’s the opposite; he really needs to work to be on top form.”

These revelations come on the back of ex-French football adviser Eric Olhats giving his equally negative opinion on the Argentine in the ‘France Football’ magazine.

“He thinks he knows everything,” Olhats said.

“He’s both an emperor and a monarch and he didn’t like Griezmann coming to the club. His attitude was terrible and people saw that.

“He runs a regime of terror. You’re either with him or against him.”

Olhats also said that Messi is “as brilliant on the pitch as he is awful off it”, before recalling a moment last season when he wouldn’t pass to Griezmann or talk to him.

“It made it impossible for Griezmann to settle,” he added.

“The whole thing has left some serious consequences.”