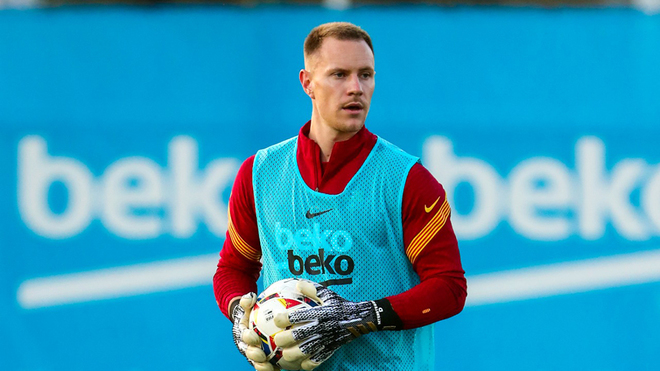 There was good news for Barcelona on Thursday, with Marc-Andre ter Stegen returning to group training after being out of the first few weeks of the season with injury.

The goalkeeper had to undergo surgery for a right knee injury in the summer and hasn’t played yet in 2020/21, with Neto deputising and doing well so far.

Now, though, the German could even make a return and form part of Barcelona’s matchday squad this weekend they pay a visit to Alaves on Saturday night.

Samuel Umtiti was also back on the pitches, with Barcelona confirming that the French centre-back completed part of the session with his teammates.