FC Barcelona – La Liga Happy with the national side 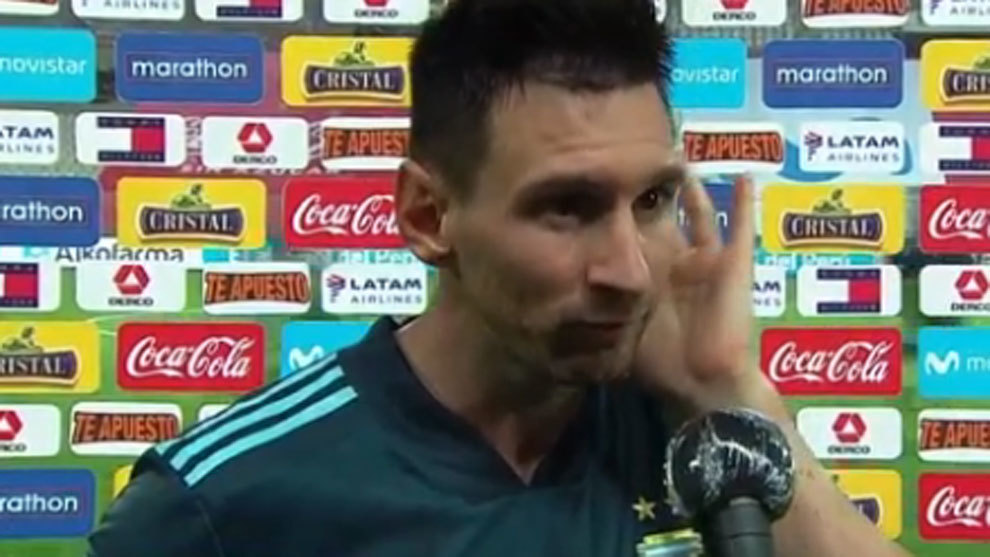 Lionel Messi played an important role once more as his Argentina side beat Peru 2-0 in Lima. Nicolas Gonzalez opened the scoring for Argentina after 17 minutes, before Inter Milan’s Lautaro doubled their lead in the 29th minute.

Although the Barcelona forward did not score in the game, he played a crucial performance to help Argentina to second place in the CONMEBOL qualifying standings, and in touching distance of Brazil. The victory will give Argentina a lot of encouragement as they go into 2021 in one of the four qualifying positions for the 2022 World Cup under Lionel Scaloni. Speaking in the aftermath of the game, Messi was rightfully pleased with his team’s display against Peru.

The uncomfortable question that insinuated Messi was too old for Argentina

“We played a great game. We must continue to follow in this path and whenever the coach wants me to play, i’ll be there,” he said. Winning in Lima is by no means an easy feat and is a place Argentina have struggled with in previous qualifying campaigns. “I am very happy with the victory. We needed that after the draw against Paraguay the other day. We deserved to beat Paraguay, but it did not happen. We played really well today. We created many chances and the game was one. It’s a difficult place to come but we won,” he said.

I am very happy with the victory. We needed that after the draw against Paraguay the other day.”

“The second half the other day was very good and today we continued on the same line. The only difference being that we were able to convert our chances today. It’s not easy to win in a place like this in the Playoffs,” he added. Messi however was awkwardly asked a question which implied the forward was getting old. “Whenever I come here I try to give my best,” he said.

“Whenever the national team wants me, I will be here. I feel good and am working hard, and I will keep playing in these games and helping my team to victories like this one.” Argentina will face Uruguay at home in the next game World Cup qualifier which is set to take place in March.