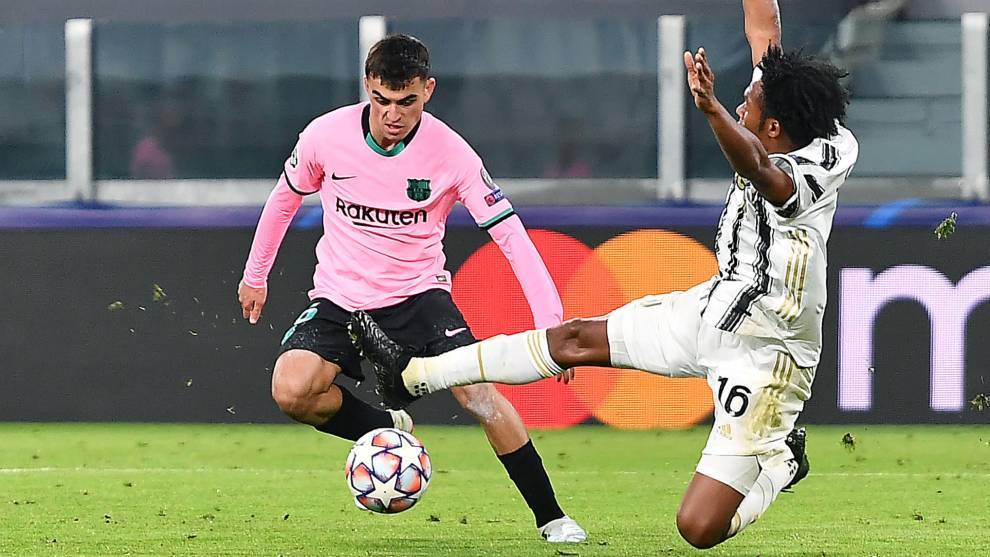 It’s been quite the week for Pedri.

Barcelona’s new superstar started in his first Clasico, and he was in the first XI again for the Champions League on Wednesday against the might of Juventus.

But rather than be overawed by either, his star has grown, particularly after his terrific performance in Turin. And it has got people everywhere asking who this tricky kid is.

It also has got people making comparisons to some of his illustrious predecessors, like Andres Iniesta and Xavi Hernandez – but it’s worth remembering what those two were doing at Pedri’s age.

Iniesta was only just starting to make appearances for Barca B. Xavi, meanwhile, hadn’t made his first-team debut either.

Not that Pedri should be compared to either of these two legends, just yet anyway, but his impact does take your mind back.

“What he’s doing is very impressive given his age,” his coach Ronald Koeman said after Wednesday’s encounter.

“He showed personality and character, and that pleases me a lot. He’s going to be a big player for us.”

That seems to be the case already given Pedri has outshone the likes of Lionel Messi, Antoine Griezmann and Ousmane Dembele already this term.

Not only did he show excellent defensive application against Juve, helping out Jordi Alba on a number of occasions, but he also carried the ball forward with a security that Barcelona have missed of late.

The stats backed that up, with the Canary Islander winning the ball back six times and only misplacing two of 41 passes. And those weren’t just simple passes either, with 32 of them taking place in the hosts’ half.

Pedri looks totally at home in Europe’s premier competition, given let’s not forget that he scored minutes into his debut, too.

As Koeman is keenly aware, a new star has been born in Barcelona.