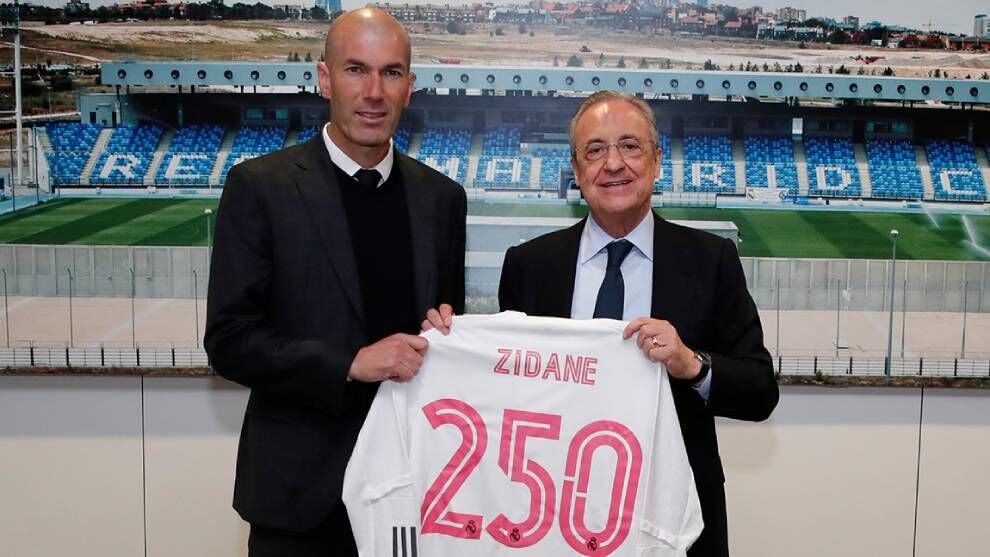 Zinedine Zidane marked his 250th game in charge of Real Madrid with a 2-0 victory over Eibar on Saturday afternoon.

The French coach was congratulated by Los Blancos president Florentino Perez after the match, with the 74-year-old handing Zidane a shirt commemorating the occasion. Curiously, the Eibar win was Florentino‘s 1000th match as Real Madrid president.

“We know where we’ve come from and now it’s time to enjoy it,” said Zidane when asked about Real Madrid‘s 11-match unbeaten run.

Zidane has won 165 of his 250 games in charge, while he is only behind Miguel Munoz (605) with regard to matches coached as Real Madrid boss.

0 36
Canelo wary of Yildirim: I respect all my opponents and he’s strong

0 38
The Champions League puts Messi back in focus: His worst game at the worst time