Football Showed admiration for the Argentine 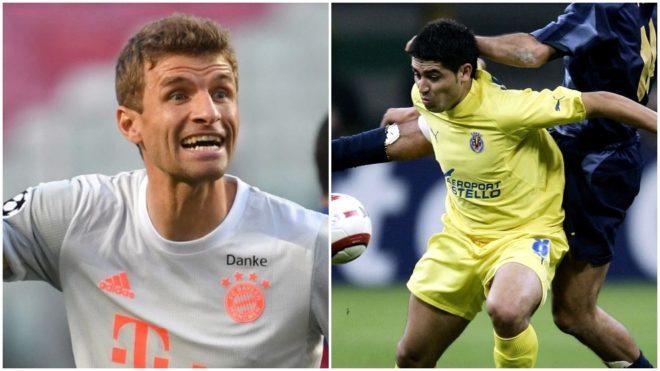 Riquelme is the idol of Mller

Juan Roman Riquelme became one of LaLiga Santander’s most admired players during his spells at Barcelona and Villarreal, and it turns out that one current player who looked up to the Argentine playmaker is Bayern Munich’sThomas Muller.

The two have different playing styles, but the dribbling and creativity of Riquelme clearly rubbed off on the German, who has started this season by recording six goals and eight assists in 12 games in all competitions.

“Riquelme – one of my idols in my childhood,” Muller tweeted, accompanied by a video from the official Champions League’s account of Villarreal’s former No.8 in action.

Riquelme – one of my idols in my childhood https://t.co/rbsay94I39

Riquelme is Boca Juniors’ second-ever vice-president these days, the club he played for during two spells in his career. Initially he was in Argentinos Juniors’ academy before making the switch to Boca, where he made his professional debut.

His performances in Argentina caught the attention of Barcelona and the Catalan club paid 10 million euros to secure his services in 2002, however Riquelme’s relationship with then-coach Louis van Gaal was problematic and that caused him to join Villarreal on loan.

It was at Villarreal where Riquelme began to display the ability that Barcelona had seen him show in Argentina, and he even helped lead the Yellow Submarine to the Champions League semi-finals.

Riquelme returned to Boca in 2007 and won his third Copa Libertadores with the club. He ended up retiring in 2015 as an Argentinos Juniors player, having helped the team return to Argentina’s first division.