Formula 1 The opinion of Carlos Miquel 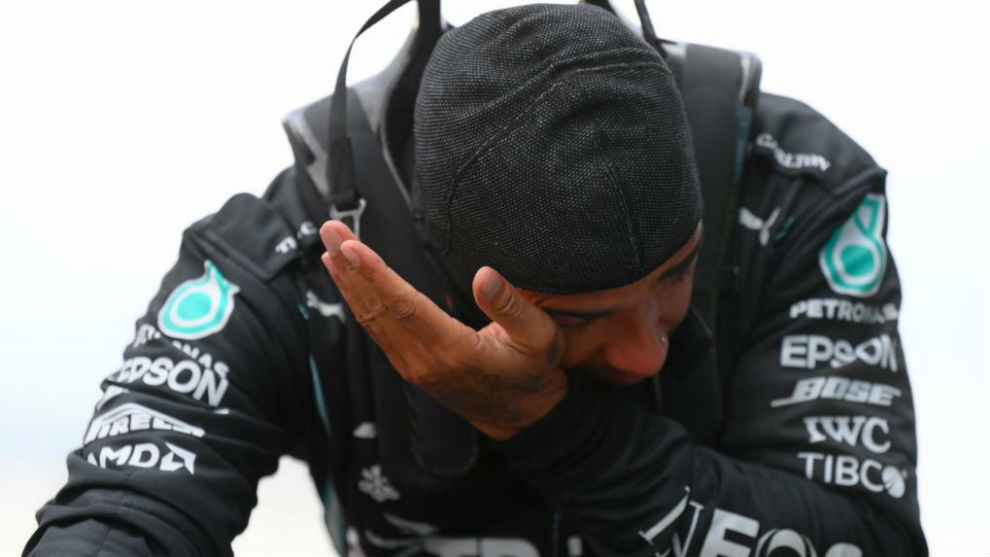 Lewis Hamilton in tears after winning in Turkey
AFP

It was an image for the ages. Lewis Hamilton wasn’t posing for Instagram or discussing politics this time, as he was instead crying in his car after matching Michael Schumacher’s record of seven Formula 1 world championships. As he heard his race engineer Bono’s message of congratulations, he got emotional. Even after already achieving so many victories, he still has a thirst for winning. The British driver is insatiable and he always tries for the win no matter what, as Niki Lauda liked to recall. On the radio, he spoke to children around the world. “Dream the impossible,” he said.

F1 had organised a video of the young kid who convinced Ron Dennis in karting back in the day and who screamed with emotion just by entering the famous tunnel at Monaco. That wasn’t even in a racing car. It was emotional for Hamilton just to be there on a scooter. It’s not my anecdote, it has been told by Joaquin Verdegay, who met Hamilton when he was 14 years old at an international prizegiving at Monaco’s Hotel Heritage. He explained his passion during that dinner, with eyes wide open and focussed on reaching the peak of motorsport, recalling Mika Hakkinen and McLaren wins. Now, Hamilton has a luxury apartment where he can see that theatre of dreams.

The driver from Stevenage looked towards F1 from GP2. Back then, in 2006, it was easy to approach him and speak about his passion for racing. He was crazy about the history of Grand Prix racing and he was expected to become a top driver even back then, with Ron Dennis and Bernie Ecclestone both convinced.

Hamilton has always been supported. At first, he was quick and impulsive, lacking physicality. As the years have passed and as he has enjoyed the calm that comes from not having a teammate at the same level, he has learned to think about the car and to avoid mistakes. He waits for his opportunities, like he did in Turkey. He doesn’t try to win a race in two laps, like Max Verstappen did this weekend.

He was even labelled as the best driver of the current generation by Sebastian Vettel. Mercedes have been so dominant and we know that, barring something very strange, he’ll win again in 2021. That would be his eighth world championship, leaving him without any rivals. The result is so predictable, though, that it may eclipse his indisputable talent.