Formula 1 An unlikely victor at Monza 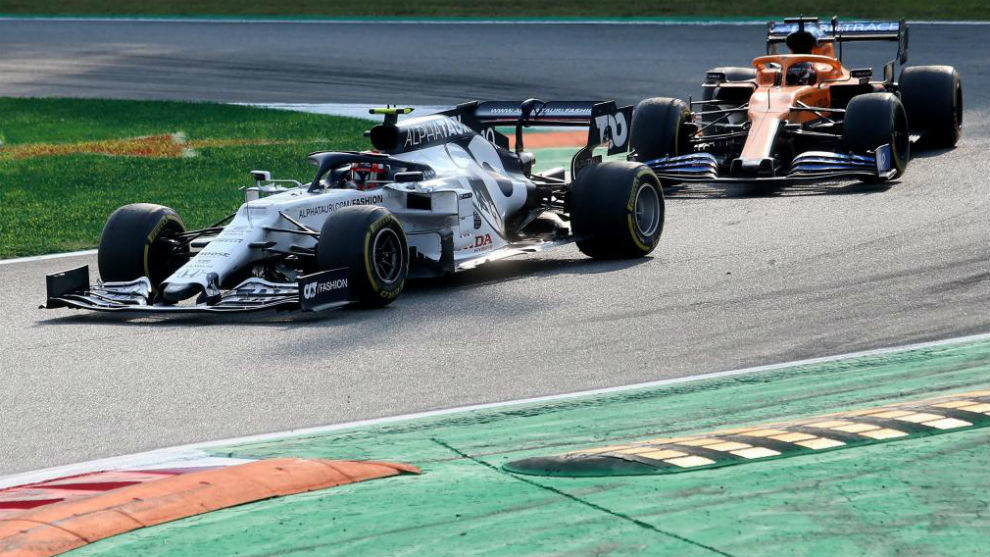 Pierre Gasly secured a shock win for Alpha Tauri at the Italian Grand Prix after a crazy race at Monza.

The Frenchman came up from 10th in the grid to lead the race following the intervention of safety cars.

Drivers’ championship leader Lewis Hamilton could only finish seventh after serving a penalty for going into the pits when it was closed.

McLaren’s Carlos Sainz and Lando Norris came in second and fourth respectively in a very successful weekend for the British team.

Sainz was closing the gap on Gasly in the final laps of the race but couldn’t catch the 24-year-old in time.

“I only needed one more lap,” the despairing Spaniard said after the chequered flag.

Lance Stroll of Racing Point made up the podium with a third-place finish. 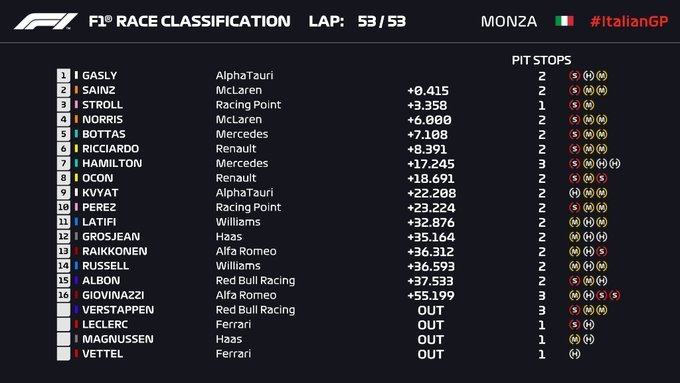