Germany vs Spain Stood up for his goalkeepers 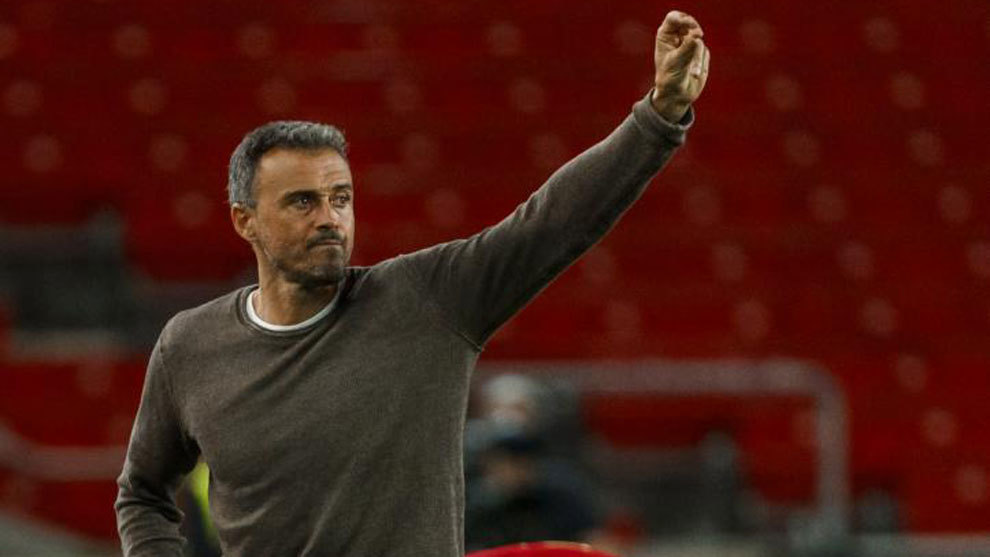 Luis Enrique has leapt to the defence of both David de Gea and Kepa Arrizabalaga following the former’s impressive performance for Spain in Thursday’s 1-1 draw away to Germany.

The Manchester United goalkeeper reclaimed his place in La Roja’s starting XI despite having come in for criticism in England, where the former Athletic Club stopper has also had a tough time since joining Chelsea.

“He [De Gea] has played a lot of games like this in England,” Luis Enrique said after the game.

“We monitor him exhaustively, but he and Kepa are in the news if they make a mistake. They’re used to it.

“With the game he’s played we should be saying what a great goalkeeper we have.

“I’ll encourage them to not fall apart and it’s a position that I demand a lot from.

“But because the press give them such a hard time, I treat them more affectionately.

“They both know that their mistakes are more noticeable than those of other players, but they’re used to it.”

It took Spain beyond the four minute of additional time to find their eventual equaliser late on and Luis Enrique knows that there is work to be done.

“Of course there are a lot of things to improve,” he said.

“It doesn’t matter where or whom we play, we’ll always go for our opponents.

“It’s in our DNA to play in the opponents’ half, but today I would have liked if we didn’t lose the ball so much.”

The youngsters impressed everyone watching on Thursday, including the coach.

“Ansu [Fati] had a resounding debut,” the boss added.

“There are players taking their first steps with the team and they worked well.