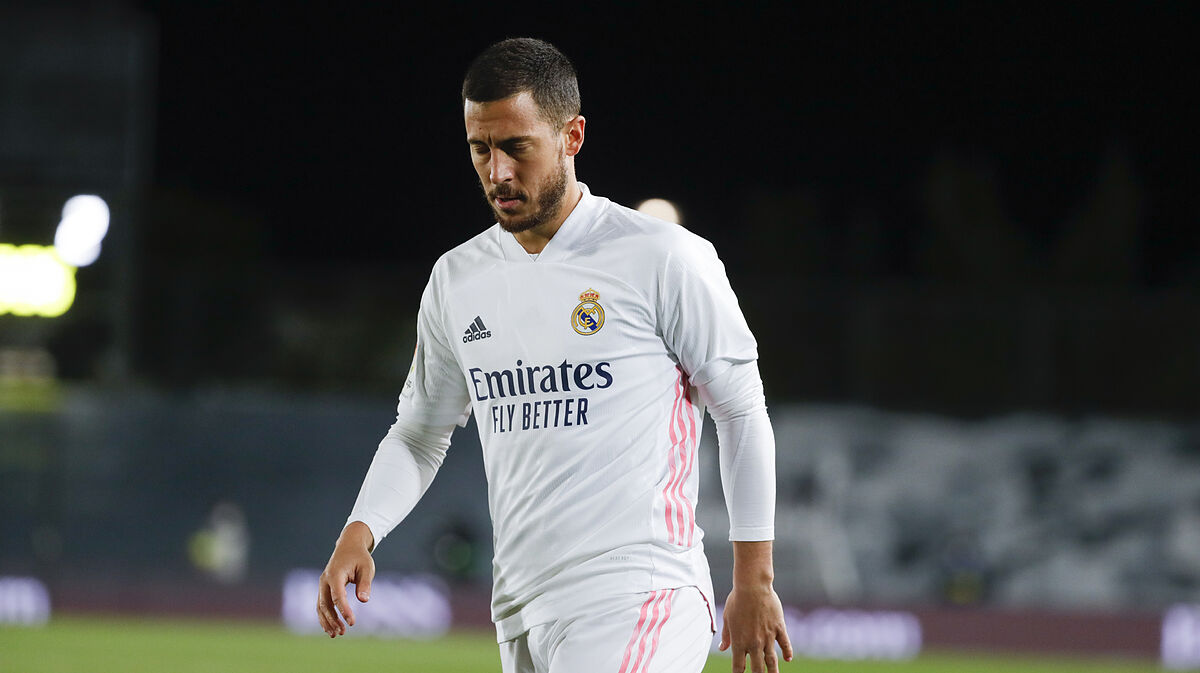 After another tough season with Real Madrid, Eden Hazard is reportedly looking to leave Los Blancos during the summer and go back to the Premier League.

In two seasons with Real Madrid, Hazard has not lived up to the expectations and has had a number of injuries with have limited is playing time for Zinedine Zidane.

According to journalist Edu Aguirre on Spanish TV show El Chiringuito, Hazard is aware he has not managed to reach his best with Real Madrid and is looking for a way out, with Chelsea his preferred destination.

The possible arrival of Kylian Mbappe have also inserted doubts into the Belgian’s mind as he feels this could reduce his playing time for Real Madrid.

Real Madrid president Florentino Perez would not stand in the way of a transfer for Hazard, given he is one of the highest paid players in the squad with a contract until 2024.

Hazard was signed for 100 million euros in 2019 from Chelsea, and has managed 43 games for Real Madrid, scoring just five goals, since making the move.

0 49
Dani Alves lives through the unthinkable: A year without a trophy

0 18
Achraf: Isn’t Odriozola available? Then he’ll have to perform against Chelsea…