Figures provided by ESPN show just how much of a mess Manchester United have made of reinforcing their defensive line in recent seasons.

While Man United did overcome Everton before the Premier League paused for the international break, it was on the back of back-to-back defeats to Arsenal and Istanbul Basaksehir.

United have underperformed this season to date, with their defence being a significant contributor to that. The 6-1 defeat at the hands of Tottenham at Old Trafford is testament to that.

Chelsea’s defence, on the other hand, has been one of the success stories of the league season, at least after the arrival and settling in of Thiago Silva and Edouard Mendy.

What’ll be of grave concern for Ole Gunnar Solskjaer, and doesn’t reflect well on Ed Woodward, is the respective money spent on building their current defensive lines.

As shown by figures provided in this graphic by ESPN, Chelsea bought their entire defence for the same amount of money United spent on Harry Maguire alone. 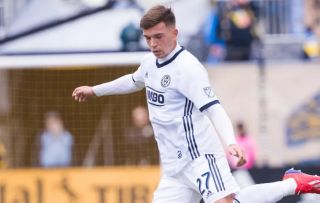 That doesn’t take into account the expenditure on Aaron Wan-Bissaka, David De Gea, Alex Telles or Victor Lindelof. It’s a sorry state of affairs from a United perspective.