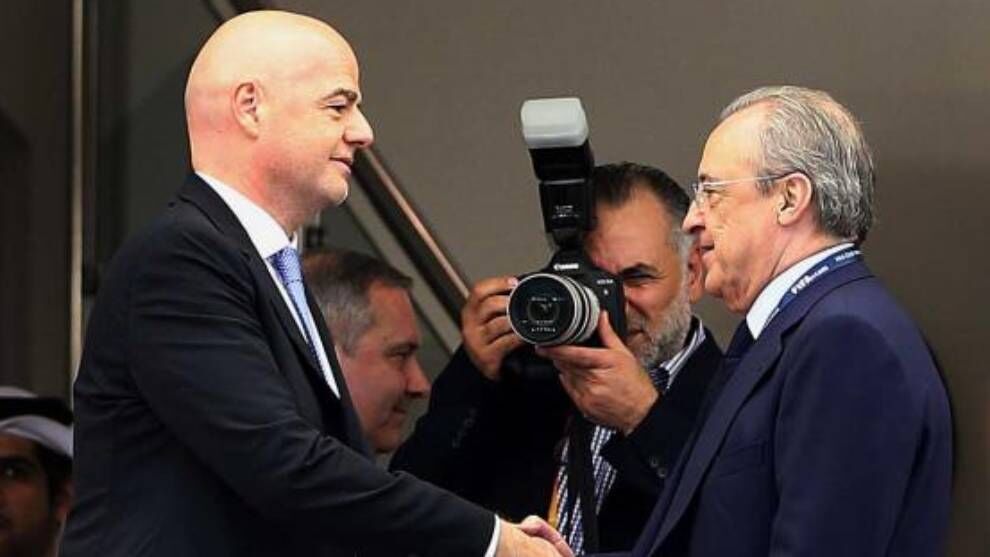 Gianni Infantino had a busy afternoon on Friday, firstly publicising the start of a research project that will explore the viability of holding the World Cup every two years rather than four, and then defending himself from accusations that he supported the failed European Super League.

Having been accused of supporting the 12 clubs involved, Infantino referenced his time with UEFA, suggesting that similar projects had already been discussed during those years.

“With this kind of thing you have to see the origin of those rumours, I speak with European teams and it was known that such a project was being prepared,” Infantino explained in a press conference.

“When I was at UEFA, there was already a similar project, but it was corrected.

“At FIFA we have the obligation to speak to everyone, but we aren’t behind the Super League, in January I signed a statement making clear what we thought, the break with certain clubs was very clear for a long time, but we’re not going to kill the dreams of other clubs, a closed league is something FIFA stands against.”

Whilst making clear his position on the European Super League, some have accused Infantino of hypocrisy, given the fact he has championed the brand new World Club Cup format, which is also accused of being a money spinning venture rather than a sporting one.

With that being said, Infantino has rather cleverly stated that the organisation as a whole is open to ideas on new tournaments.

“At FIFA we don’t close the door to any competition or any format, we’re going to study the calendar, with you the journalists,” he added.

“Some attack FIFA because we don’t solve their specific problems, but I want to speak to everyone.”

0 36
Benzema hoping for a miraculous recovery