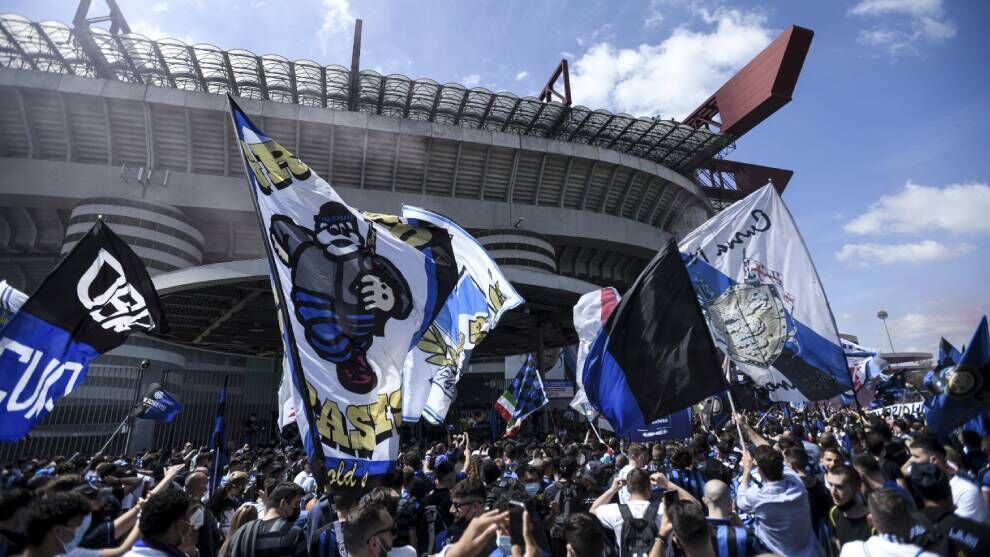 Inter Milan got its title party started by crushing Udinese 5-1 in the final round of Serie A on Sunday.

Inter had clinched the title earlier in the month but there was an award ceremony on the field after its final match, with captain Samir Handanovi lifting the trophy to huge cheers from inside and outside the stadium.

There were 1,000 invited guests allowed into San Siro as friends and family and 4,500 fans outside in an allocated area. Hundreds of them had started gathering hours before the team arrived, carrying flags and setting off flares while chanting songs to celebrate Inter’s first Serie A title in 11 years.

Ashley Young and Christian Eriksen set Inter on the way to victory with first-half goals. Lautaro Martínez converted a penalty 10 minutes after the break with Ivan Perii and Romelu Lukaku also scoring to add to the party atmosphere.

Much more will be at stake later on, with three teams fighting it out for the final two Champions League berths.

Milan and Napoli are a point ahead of fifth-place Juventus, which visits Bologna in what could be Andrea Pirlo’s last match after just one year as coach of the Bianconeri.