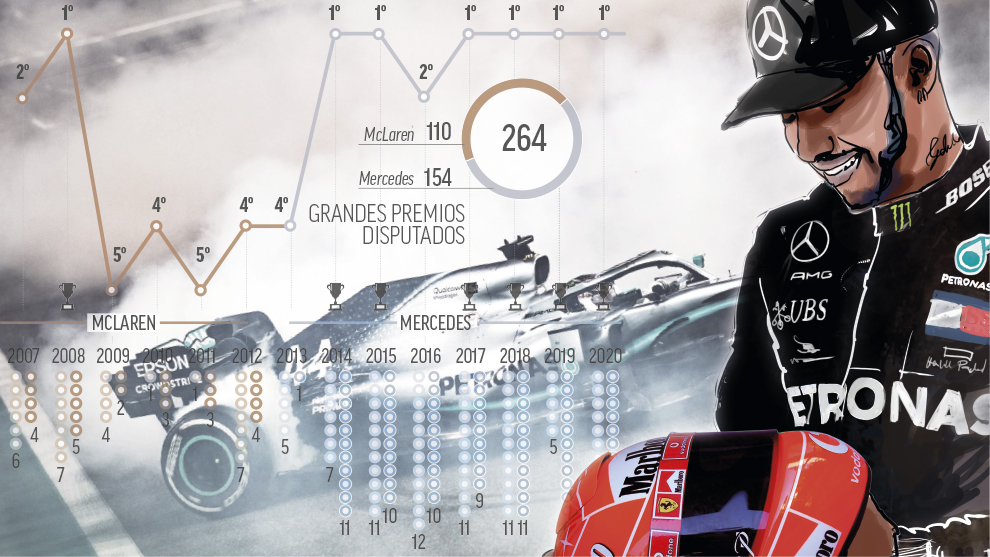 Lewis Hamilton’s 2020 will be a year of milestones, as he broke Michael Schumacher’s record of 91 race victories in Formula 1, all before he tied the German on seven World Championships, but is the British driver the best in history, or has he simply benefitted from having the best car?

Hamilton’s performance in Turkey was sensational, especially in conditions that didn’t lend to competitive racing at a high speed. As all others around him were spinning off the track, Hamilton made a judgement call on his intermediate tires, opting to keep them on until the end of the race, despite them losing almost all of their upper layer of rubber.

It was a move that can be traced way back to the Chinese Grand Prix in 2007, where Hamilton made the opposite decision in wet conditions there, which ultimately cost him the race and the drivers’ championship in his rookie season.

Being able to draw on such experiences and learn from them is exactly the reason why team sports are so focused on finding a blind between youth and veteran presences, however in Formula 1, it’s essentially down to one person once the red lights go out.

In the modern world there are so many sporting barriers being broken because the standard of coaching is higher, professionalism is on the rise and technology has made sporting improvement far more accessible than it once was. 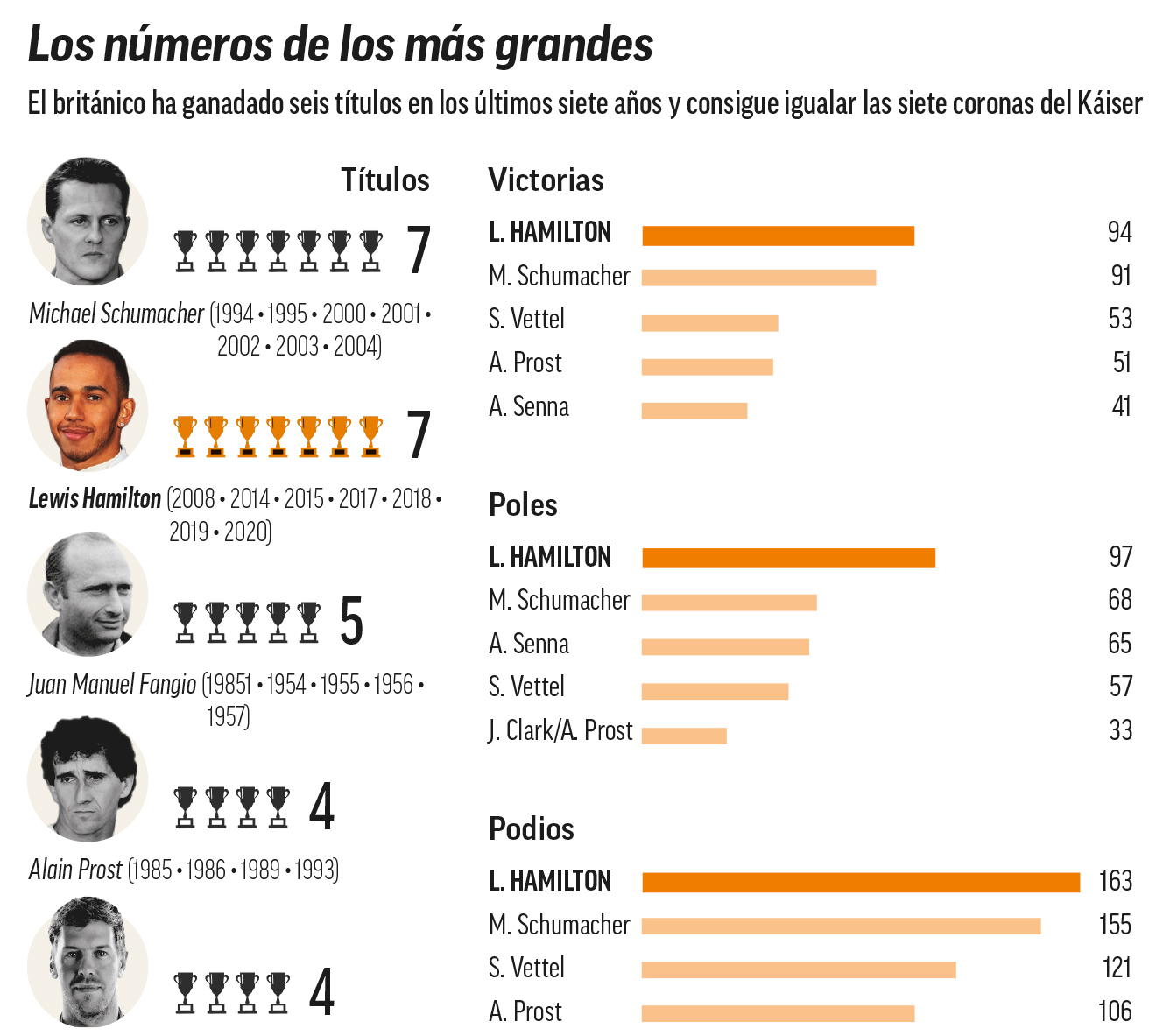 The definitive answer is, we don’t know, and we’ll never know as these individuals can’t directly compete in fair test conditions, however we can certainly compare them.

In 2007, the title was stripped from McLaren as a result of a punishment handed down for their role in the spying scandal where Ferrari’s technical data was stolen, yet the car still earned the most points.

Just two of these aforementioned seasons saw Hamilton fail to win the drivers’ championship, with his only triumphant season without the best car coming in 2008, when Ferrari had built the best machine.

Generally speaking, these statistics suggest that Hamilton has been at his most successful when he has had the best performing car in the field, and the years in the wilderness with McLaren after 2008 showed him struggle to keep up with Red Bull Racing.

He averaged 3.5 victories per season with McLaren, which is a very impressive rate, but since 2014 and his move to Mercedes, that number has jumped to a staggering 10 race wins per season.

Having the best vehicle will only take you so far, otherwise often the inter-team battles would be a lot closer.

If driver quality wasn’t the determining factor, Rubens Barrichello would surely have kept pace with teammate Schumacher more, whilst David Coulthard wouldn’t have so often been outperformed by Mika Hakkinen.

Hamilton has only been bested by a teammate in terms of race wins in a season twice, with Fernando Alonso and Jenson Button getting the better of him in 2007 and 2011.

The career trajectories of Hamilton and Schumacher are remarkably similar, although the German was only beaten by a teammate in one of his seasons in his first spell in the sport, as Eddie Irvine finished ahead of him in 1999, although Schumacher missed a large part of the season after breaking his legs in a crash at Silverstone.

Hamilton has more race wins, more pole positions and more podium appearances than the German icon, but it is another German driver, Sebastian Vettel, who perhaps sums up the best way to answer the question.

“How can you compare Fangio or Stirling Moss to our generation? You can’t, because maybe we would be useless.

“Maybe we would be killing ourselves in those cars, maybe they would be useless in our cars because they’re so fast, who knows? Lewis is undoubtedly the greatest of our era.”