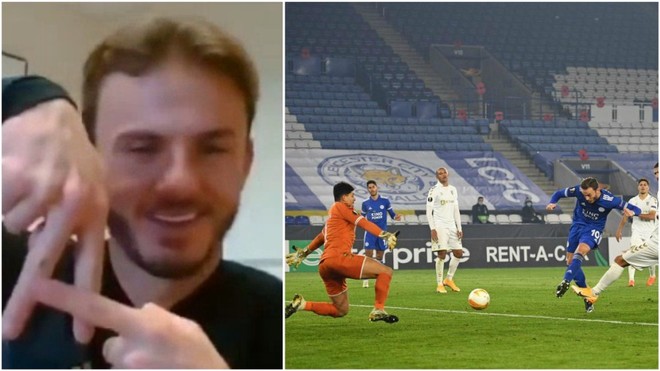 Leicester City midfielder James Maddison has revealed that the ‘A’ celebration seen by a number of Premier League stars this season is a not a a WhatsApp group.