Premier League Ancelotti has brought the best out of him 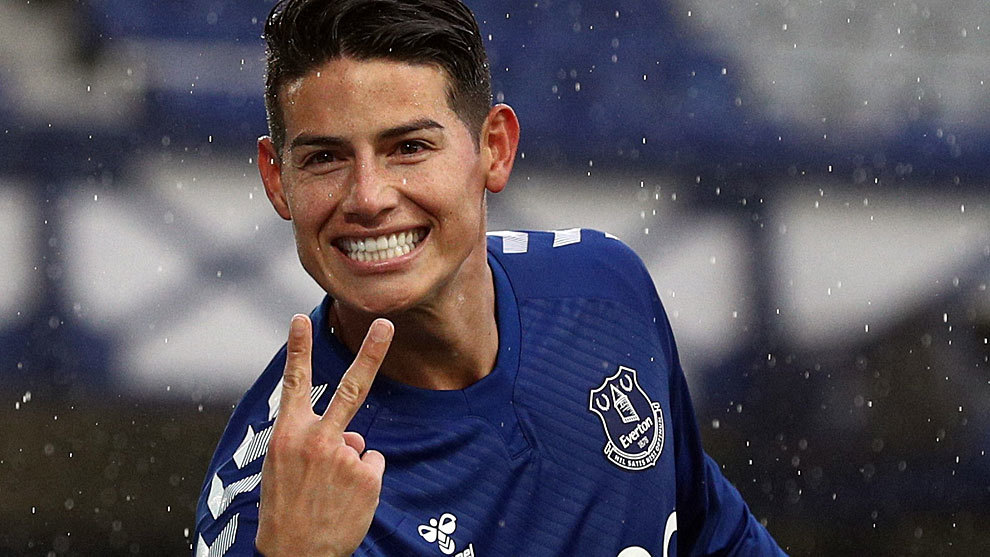 The best version of James Rodriguez is back and excelling on Merseyside, under the watchful eye of Carlo Ancelotti who has once again worked his magic with the Colombian playmaker.

Everton have had a phenomenal start to the Premier League season, sitting top of the table after winning each of their opening four matches.

James has been instrumental in every victory, being involved in six separate goals for the Blues, scoring three himself and adding three assists.

His brace in Saturday’s 4-2 victory over Brighton & Hove Albion was the zenith of his Goodison Park career thus far, calmly finishing two separate chances at the back post.

Yet, what is noticeable about how the 29-year-old has started the season is how he is seemingly enjoying his football once again.

The smile that we saw so rarely during his darkest days in Madrid was on show when celebrating with Abdoulaye Doucoure.

Ancelotti has helped him find his love for football once again, and the relationship the two forged in the Spanish capital is working wonders for the blue half of Merseyside.

However, when mentioning Merseyside there is a dark cloud emerging, with the behemoth that is Jurgen Klopp’s Liverpool visiting Goodison Park after the international break.

These are the matches James has to make a difference in, and interestingly these are the occasions where Zinedine Zidane simply didn’t trust him to play and contribute, but Everton are relying on him.

In a rarity for the Merseyside derby, the fixture will have top of the table implications and Ancelotti will be hoping his most trusted player will be able to continue his good form once more.