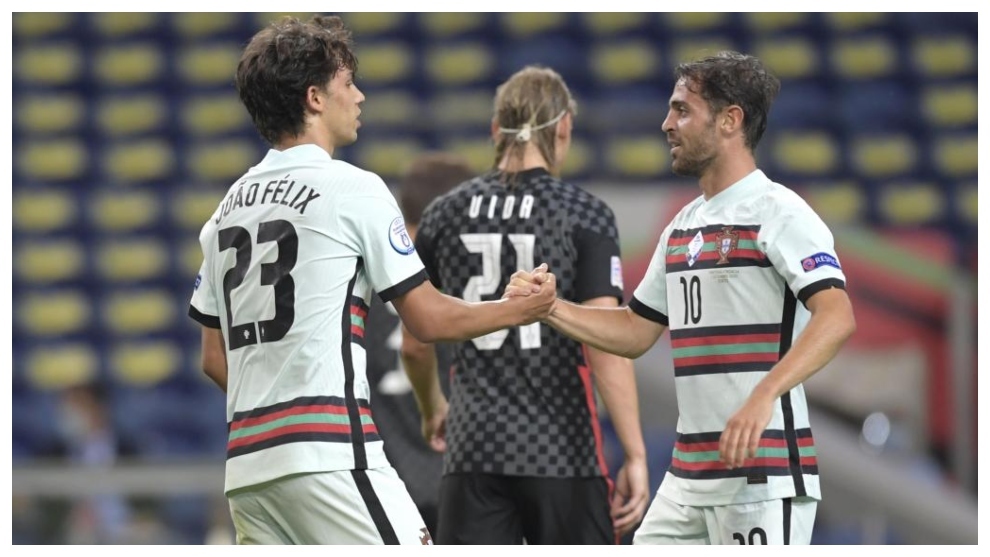 Joao Felix found the net for Portugal for the first time on Saturday night, scoring in their 4-1 win over Croatia in the Nations League.

The Atletico Madrid forward beat Dominik Livakovic with a powerful shot from the edge of the area to net his first senior international goal in his sixth cap.

“I’d been looking for that goal for many games,” Joao Felix told the Portuguese press afterwards.

“This time, it went in and I’m very happy with my first goal.”

In the absence of the injured Cristiano Ronaldo, the 20-year-old impressed in a false No.9 position alongside Diogo Jota and Bernardo Silva at the Estadio Dragao.

Each of the front three were on the scoresheet in the convincing victory over Croatia.

“We played a great game against the World Cup runners-up and winning 4-1 is a great result,” Joao Felix added.

“It wasn’t easy, but we created lots of chances.

“There are three important points because it’s very good to start [the Nations League] with a win.

“There were various players who arrived straight from their holidays, but the team was very good.

“We have a very united group and that helps.”