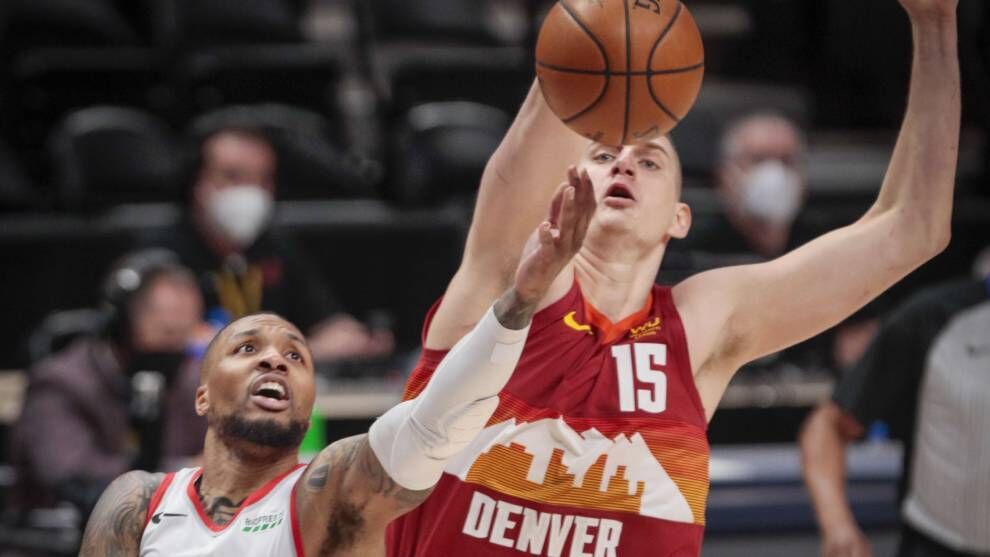 Nikola Jokic inspired the Denver Nuggets to a 128-109 victory over the Portland Trail Blazers in Game 2 of their Western Conference playoff series at Ball Arena on Monday night, as they levelled the series at 1-1.

The Serbian center finished the game with 38 points, while he also grabbed eight rebounds and made five assists in what was a display that reminded NBA fans why he is the favourite to win the regular season MVP award.

Yet, it looked as though it was going to be another Damian Lillard-winning display after his performance in the first half. The Blazers point guard went into half time with 32 points, having made eight three-pointers, and he finished the game with 42 points, as well as four rebounds and 10 assists.

Unlike in Game 1, though, he did not have the necessary support. Robert Covington recorded just three points in 37:09 minutes on the court, Carmelo Anthony scored only five points off the bench, and Jusuf Nurkic was unable to score as easily as he did in the Game 1. CJ McCollum was the Blazers‘ second-leading scorer with 21 points.

Denver dominated the game from start to finish, even having a 20-point lead midway in the fourth quarter, with former Real Madrid point guard Facundo Campazzo draining a three-pointer to diminish any hope Portland had of a comeback.