Steve Nicol has criticised the way Chelsea’s big-name summer signing Kai Havertz drifts in and out of games.

The Germany international joined the Blues from Bayer Leverkusen this summer after really catching the eye in his time in the Bundesliga, establishing himself as one of the most exciting young players on the planet.

Havertz looks to have the potential to be a star performer for Chelsea, though he’s perhaps made a bit of a quiet start as he continues to adapt and settle in at his new club.

Nicol, however, has been left unimpressed and suggested Havertz disappears a bit too much, noticing that he has done so for the German national team as well as for Chelsea.

“It’s weird [with Kai Havertz],” the ESPN pundit is quoted by the Metro. “Some of the things he did [against Turkey] were really delicate and simple and well executed.

“But then he disappeared for long periods so he kind of played the way he does for Chelsea. 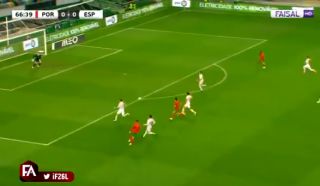 “He’s kind of nowhere and then he will have a lovely touch or a nice pass with the perfect weight. He will do something that keeps you interested.

“Officially he had two assists but he was in and out of the game and that’s not what you would expect from a guy who has cost so much money.”

Chelsea fans surely won’t be panicking about Havertz just yet, with the 21-year-old still young and learning the game whilst adjusting to playing in a new team in a different league.

Frank Lampard has mostly done good work with CFC’s young squad in his time at Stamford Bridge so far, so should eventually get the best out of Havertz as well.