Everyone will have their own opinions about how referees should approach a game, but there’s so much more responsibility than simply remembering the rules and blowing the whistle.

Every single player who has played a competitive game regardless of the level will have refs that they prefer, and it’s usually the case that they command respect and they take control of a game.

There’s nothing worse than seeing someone out of their depth because it will end up with somebody getting injured, but that does seem to be the case these days.

Italian legend Pierluigi Collina is remembered as one of the greatest referees of all time, and it wasn’t just because he looked utterly terrifying. 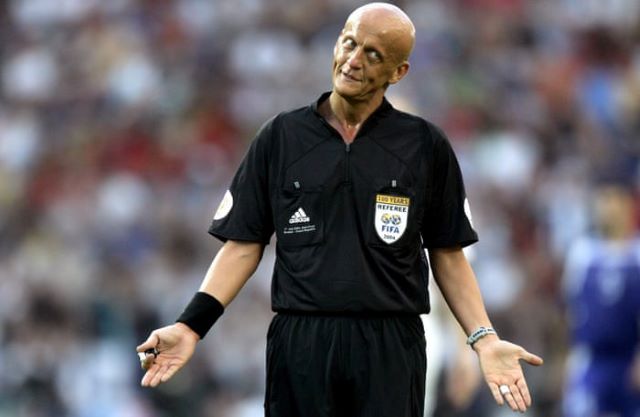 Nobody messed with him

He was always in control of the game and handled the situation appropriately, and you could tell that he would only start dishing out the cards when they were deserved.

That kind of approach can help keep a lid on things, and you have to wonder how the great referees of yesteryear would have dealt with the situation between Anthony Martial and Eric Lamela.

Lamela went down after one of the most pathetic little slaps you’ll ever see from Anthony Martial so there was nothing “violent” about it, while Lamela also had his hands on the Frenchman and no action was taken against him:

Eric Lamela puts his arm to Anthony Martial’s face in the box before the Frenchman retaliates and is sent off! ??

Have #THFC got away with one there?

There’s no doubt that it was stupid from Martial and maybe the red card was warranted, but it was fascinating to hear former Premier League ref Keith Hackett talk about how he would’ve dealt with that situation:

“Frankly we need to get back to some old fashioned refereeing – I would’ve taken both players aside, given them a rollicking and a yellow card each”

“The Premier League, The PFA, The FA and managers should realise that these incidents tarnish the image of the game and the competition.”

“Retrospective punishment is required when players react like they’ve been shot.” 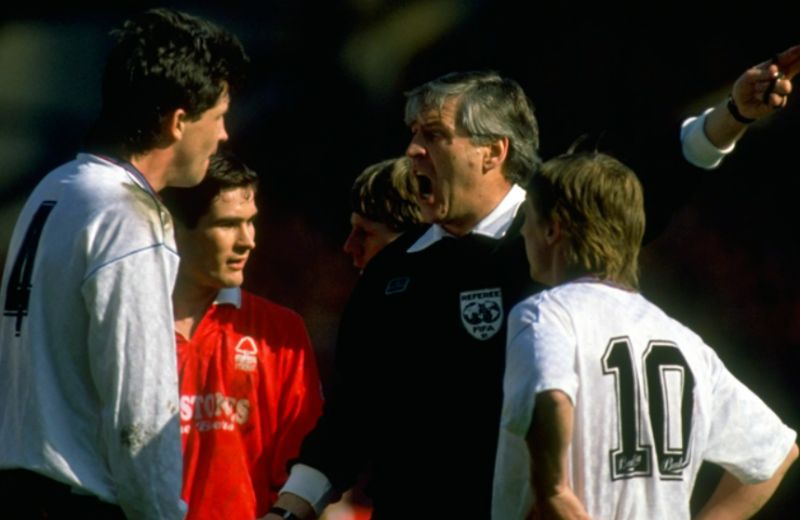 Keith Hackett knew how to keep things under control

He also went on to explain how to properly manage these types of situations to stop niggling arguments from escalating as the game goes on:

“Referees are encouraged to use the stepped approach:

It’s hard to describe the incident today as anything other than pathetic, while it makes an utter mockery of the game when Martial is sent off for a little slap in a game where some bad challenges received a lesser punishment.

A strong ref who will take control of the situation is so much better for the game than a weak one who simply hands out the cards and fails to prevent things from boiling over, so perhaps we do need to see some more of that in the modern game.