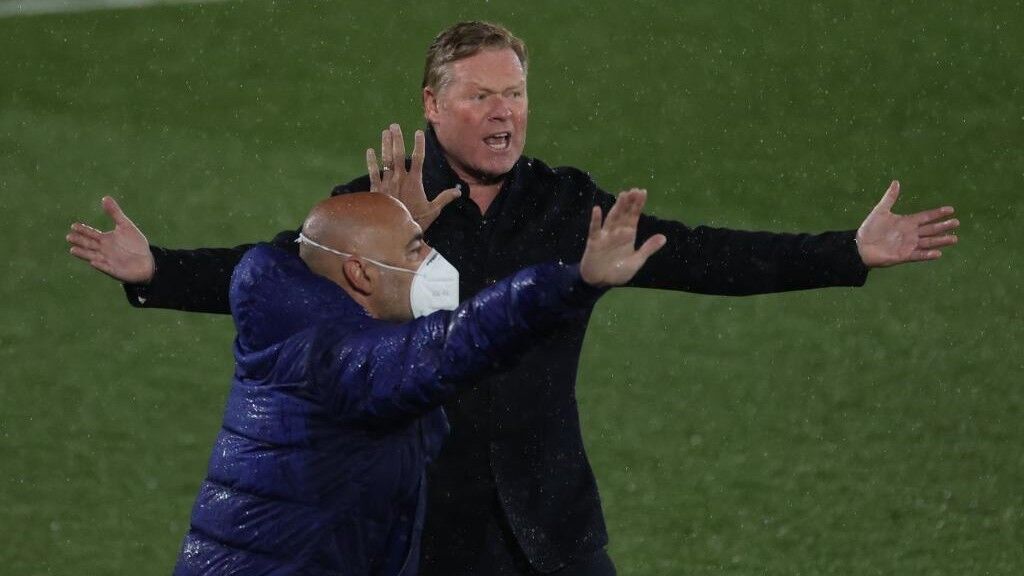 Ronald Koeman is still furious on Sunday morning, one day after Barcelona’s 2-1 defeat to Real Madrid in the Clasico, which saw controversy surround some of the decisions made by referee Jesus Gil Manzano and his team of officials.

On Sunday morning, the Barcelona boss took to social media to make his feelings clear after his side’s 2-1 loss.

“We had the upper hand during the game and had the opportunities for a better result,” Koeman wrote on Twitter.

“Unlucky in the end with a wrong decision by the referee and VAR.”

The Dutchman was referring to the incident between Martin Braithwaite and Ferland Mendy in second-half stoppage time, when the Azulgrana felt they should have had a penalty, but the referee didn’t point to the spot.

Koeman spoke about the incident after the game.

“Everyone saw it. I don’t understand how the linesman can be ten metres away and not call it.

“The way Martin falls it has to be a foul.

“Maybe the ref can’t see it, but we have VAR for situations like this.

“It’s better to not say anything else about it. The team is doing well mentally.”

0 14
Has Havertz done enough to start against Real Madrid?