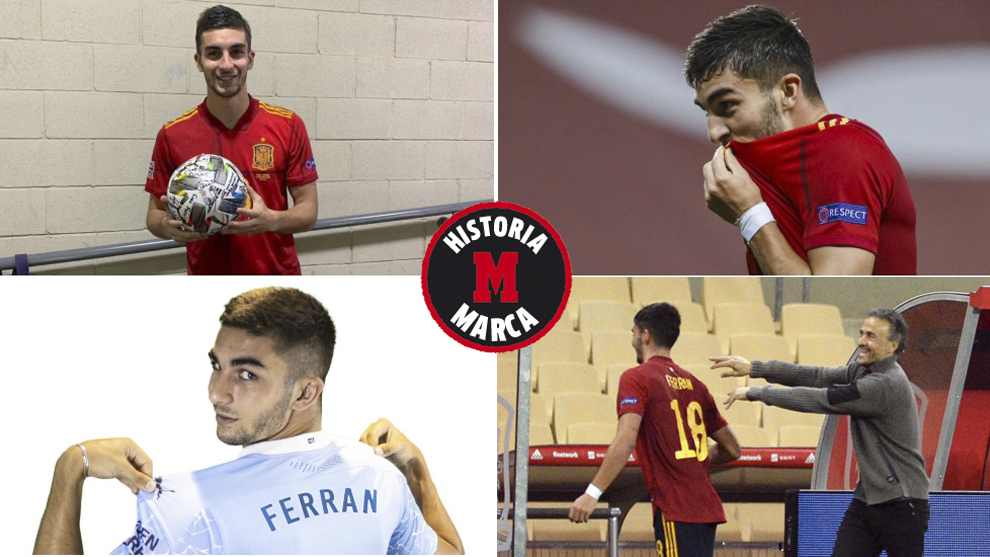 Ferran Torres is the talk of Spain following his hat-trick for La Roja in the Nations League against Germany on Tuesday night, announcing himself on the international stage.

His move from Valencia to Manchester City in the summer has seen him take a leap forward in his career and personal development, and his exploits for Spain are now seeing the once shy kid emerging as a potential star of the senior national team for years to come. Torres is obsessively determined to reach the top, and his willingness to learn from those around him is beginning to pay dividends. This relentlessness could be seen in the early stages of the game against Germany, where he lamented missing an opportunity, denied by Manuel Neuer by an outstretched leg.

Ferran collapsed to the floor and beat the ground, but got back on his feet to be the protagonist of a historic scoreline. In fact, in one of the training sessions prior to the game against Germany, the former Valencia player was not happy with how things were going, which did not go unnoticed by Luis Enrique. At the end of the session, the former Barcelona boss approached Ferran and told him something in an almost premonitory way.

“At least in big games you always show balls,” making it clear that he would be in the starting eleven and that he would be able to release his frustration on the big stage. Ferran is motivated by his high-level of self-expectation. It is no coincidence that his idol is none other than Cristiano Ronaldo, whom the Spaniard believes is a reference point and at a level that he feels he can reach.

This desire can be seen in his physical transformation over the course of the last year. At just 20 years of age and having had to train at home during lockdown, the youngster looks significantly bulkier and springier. He has quietly gone about his business, despite his critics who questioned the way he left Valencia and doubt his future potential. The results on and off the pitch tell their own story.

Ferran is quickly gaining the reputation of being the biggest bargain of the Premier League, having signed for a relatively low fee of 23 million euros plus 12 more in variables, for a player of his youth and potential. He hasn’t reached dizzying numbers just yet, but his early performances in such a tough competition have earned him plaudits from across the British Isles.

Ferran is helped by the fact that he has two of the best coaches in the world, at club level and international level, who believe in him and know how to assist him in his development.

Luis Enrique and Pep Guardiola are good friends, and their open communication can only be a good thing for the young forward. The former is more of a motivator, an expert in getting the best out of a player through the mental aspect, while the latter is a tactical and technical obsessive who is adapting Torres to new positions and adjustments to his game.

Torres made his debut for Spain in September and since then he has fulfilled exactly what was expected of him, and more. He has played six UEFA Nations League games with four goals. His potential has no limits, and can only go on to achieve bigger and better things.