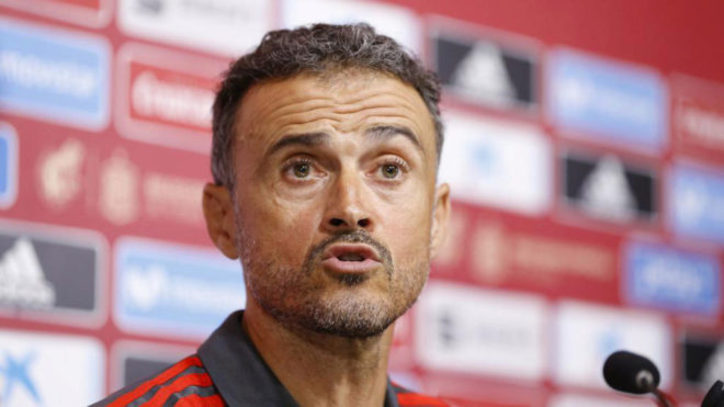 Spain boss Luis Enrique sent a damning message towards Marco Asensio during Friday’s pre-match press conference, with the Real Madrid forward having not made La Roja’s squad for their matches during this international break.

Asensio has played twice for Real Madrid so far this season, after missing the first two games due to knee swelling, but it seems that the Asturian’s words for the Mallorca-born player were telling.

“Well, I don’t see him because he’s not here [in the squad],” Luis Enrique responded to a question about Asensio. “I’ve already spoken about him many times but I’m not going to do it in the build-up to a game. I say hello, I have nothing against him, but it’s not the time to talk about him. He must be watching a Netflix series on the sofa, relaxed at home. He’s not playing, let’s talk about Switzerland.”

Adama Traore has attracted a lot of interest from a Spanish perspective and, having made his debut for La Roja in the friendly against Portugal, the Spain boss spoke about the Wolverhampton Wanderers winger’s characteristics: “He is a special case, Luis Enrique explained. He doesn’t work with weights, it’s true. It’s his genetics. The work is there. But he’s a skilled player, even if he doesn’t look it. And very mature”. He added: “Of course, he is powerful, quick, but he protects the ball, he takes care of it… There will not be a tactic for a player, but there are nuances in the strategy of each game.

“The idea and the objective are collective. His profile is not common, that is true.” One player who a lot of people are excited by is Ansu Fati, but Luis Enrique is keen to go step by step with the Barcelona prodigy.

“The first week may have been a little too much public exposure. This is normal,” the coach said. “He is used to being protected by a good environment. We are clear about this with him and with all young people. There is a lot of time, they have their whole lives to develop. They have to have the humility to improve day by day.”