LaLiga Santander From Messi to Cadiz 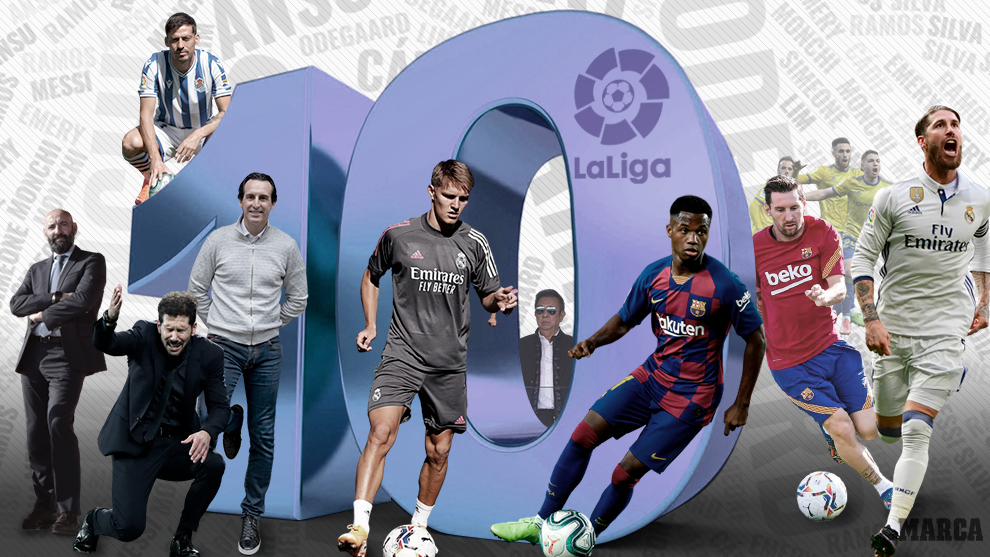 The 2020/21 LaLiga Santander season starts with not very many new signings and plenty of uncertainty.

Real Madrid are favourites for the title, Barcelona are rebuilding with Lionel Messi still around, and Atletico Madrid, Sevilla and Villarreal are outsiders for top spot.

There’s also the return of David Silva to Spain, Peter Lim’s low-cost budget management of Valencia and the curiosity of newly promoted Cadiz.

We’ve noted down 10 names for you to keep an eye on as the season progresses.

Although they’re not in this list, we thought 39-year-old Joaquin Sanchez, centenary clubs Osasuna and Alaves, and Diego Martinez’s European qualifiers Granada deserved a mention.

Nothing will be the same in LaLiga Santander once Messi leaves Barcelona but, luckily for us, that day has been postponed for another year.

The Argentine is set to be the Blaugrana’s big hope as they look to challenge Real Madrid for the title under Ronald Koeman.

If this is Messi’s 17th and last campaign in LaLiga Santander, now is the time to enjoy every match as if it were his last. 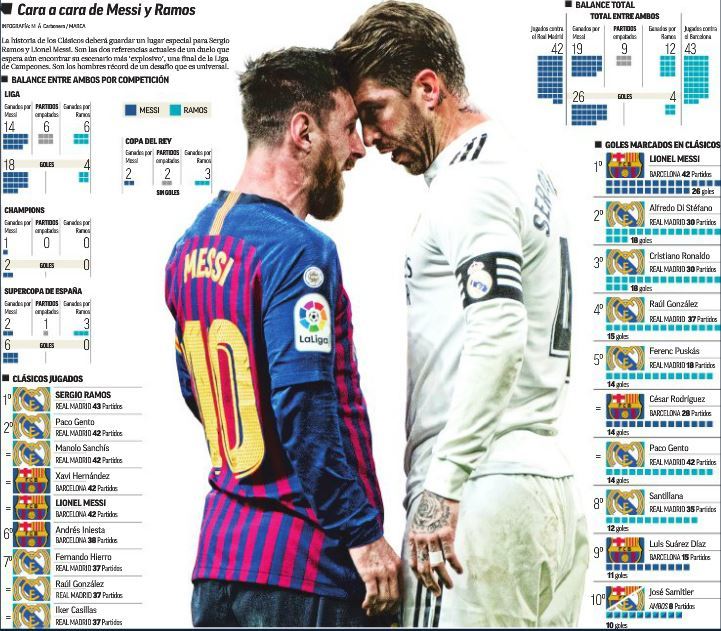 The defender is preparing for his 15th season as a Real Madrid player, charged with leading the team to the title for a second successive year.

The captain of Los Blancos may be 34 years old now, but the records continue to tumble.

This will be El Cholo’s 10th campaign as Atletico Madrid boss as he looks to compete for the LaLiga Santander title once more.

“We’ve got the squad to compete with Real Madrid and Barcelona,” Saul Niguez told MARCA.

Simeone will have to manage expectations but, with Joao Felix ready to explode, Los Rojiblancos could reach new heights.

Sevilla’s sporting director has played a major part in the club’s recent success under Julen Lopetegui.

This year, the incomings of Ivan Rakitic and Oscar Rodriguez have been enough to make Sevillistas dream of the league title.

Emery is back in LaLiga Santander after his spells with Paris Saint-Germain and Arsenal, and there’s plenty of excitement around his appointment at Villarreal.

The Spaniard has brought in a mix of experience – Dani Parejo and Francis Coquelin – and youth – Take Kubo – to whet appetites at the Estadio de la Ceramica.

Real Sociedad’s capture of the 34-year-old midfielder is surely the signing of the summer.

After 10 years at Manchester City, the former Valencia maverick has returned to Spain with the aim of making La Real one of the best teams to watch in the country for another season.

Valencia’s controversial owner has let a number of important players leave the club this summer as the club battles financial problems.

The lack of replacements for the likes of Parejo, Francis Coquelin, Rodrigo Moreno and Ferran Torres has not gone down well with the supporters or Javi Gracia.

The only new face in Zinedine Zidane’s squad this summer, Odegaard will have to act as Real Madrid’s Galactico signing.

The Norwegian was a huge hit at Real Sociedad last season and has been called back to Los Blancos to make an instant impact.

The 17-year-old has spent the last 12 months breaking record after record in a meteoric rise rarely seen before in football.

After becoming Barcelona’s youngster scorer in LaLiga Santander, the youngest scorer in the Champions League and Spain’s youngest scorer, the forward is hoping to hold down a place in the Barcelona first team this season. 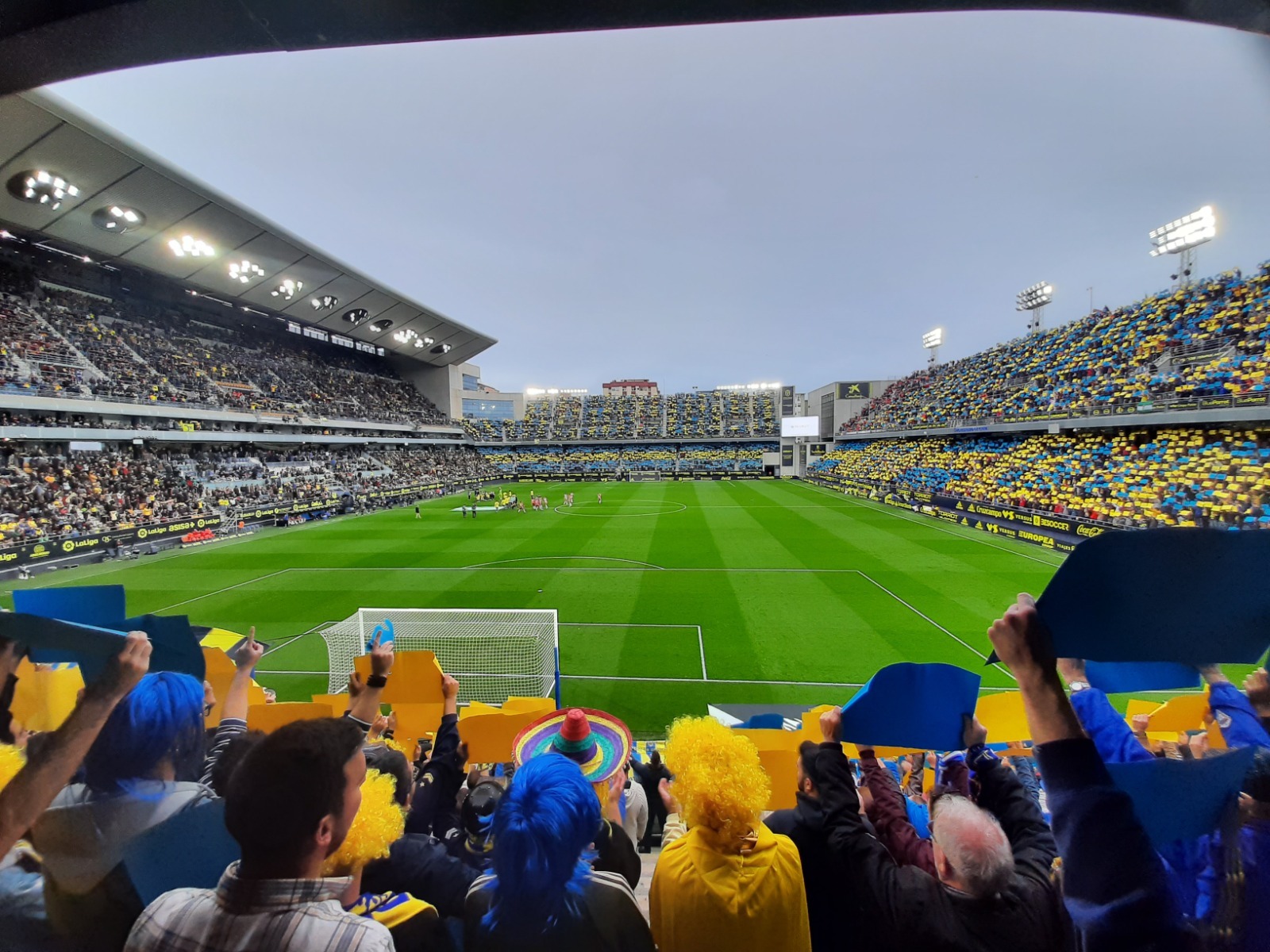 After 14 years away, Cadiz have made a sensational return to Spain’s top flight.

The Andalusian club is one of the most colourful in Spain and there is plenty of anticipation of a season in the big time amongst their supporters.