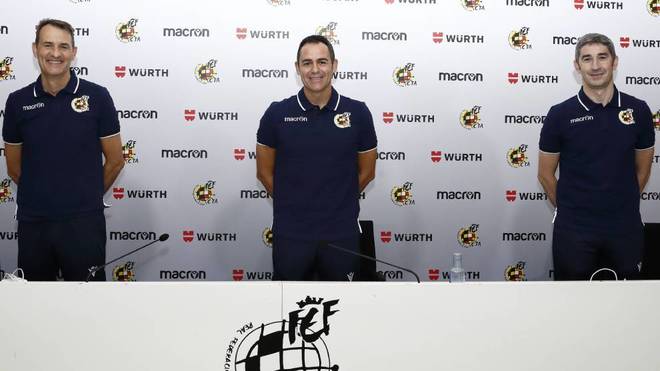 Carlos Velasco Carballo, the president of the Technical Committee of Referees at the Spanish Football Federation (RFEF), has hailed the success of the VAR during the 2019/20 season.

The former referee revealed that the new technology helped clear up more than 150 refereeing errors in the previous campaign.

“In the third year of VAR, we all can recognise that it helped clear up more than 150 errors and we recognised the errors,” Velasco Carballo said.

“I accept the criticisms, but what about those successes?

“I hope that the media will recognise them and if you repeat them, the public opinion will change.

“We are very excited about the VAR because we have one of the best in the world.

“It wasn’t made to clear up all the mistakes.”

Velasco Carballo also stressed that due to the current situation a LaLiga SmartBank referee may officiate a LaLiga Santander match and vice versa, both as a VAR official or a referee on the pitch.

Meanwhile, Carlos Clos Gomez, the director of the VAR Project, and Alberto Undiano Mallenco, a member of the CTA Technical Commission, reviewed plays in which they revealed the difference between reckless, rough or violent play.

They stressed that mass protests should be sanctioned with yellow cards and explained the new features of the regulations and the modifications to the sanctions code.

“The referee must describe what happens on the pitch based on evidence, never on opinions,” noted Velasco Carballo.

“It will be the disciplinary bodies that decide if there should be a sanction or not.

“The code does not punish criticism, but we are very happy that the federation protects referees with conduct that goes far beyond criticism that puts refereeing honesty in doubt.

“Football has to understand that the referee can be wrong and the VAR, too.

“We all fail [including] the players and the coaches, but we must not disrespect anyone.”