LaLiga Will kick off on Tuesday at 20:45 CET 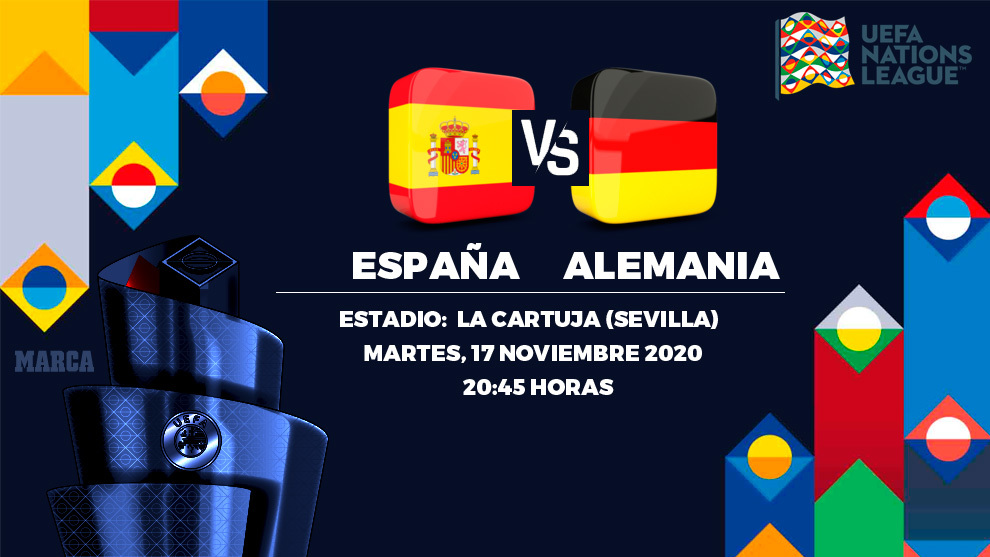 Spain host Germany in Seville on Tuesday, November 17 in the sixth round of fixtures in the UEFA Nations League. A win will send La Roja through to the final four of the competition, which will be played in October 2021 and is something the national team haven’t participated in before.

Spain come into the game off the back of a 1-1 draw with Switzerland, in which Gerard Moreno had to equalise late on to cancel out Remo Freuler’s opener. Germany, meanwhile, beat Ukraine 3-1 last time out. Their last match saw them draw 1-1 in Germany, with Jose Luis Gaya scoring for Spain. In all, they’ve met in official matches 10 times, with Spain winning three, drawing three and losing four of those.

Spain vs Germany: Start time, channel, how and where to watch. Kick off is set for 20:45 CET (19:45 GMT or 14:45 ET). The game will be televised in the United States on UniMas, while Sky Sports Football will show the game to viewers in the UK.

Online, US based viewers can stream the game through subscription service FuboTV. In Spain, the game will be televised on TVE’s La 1 and broadcast on Radio MARCA, as well as being covered in a live blog on MARCA.com/en. The report will also be available on the website, as will the player ratings, post-match quotes and all of the reaction.