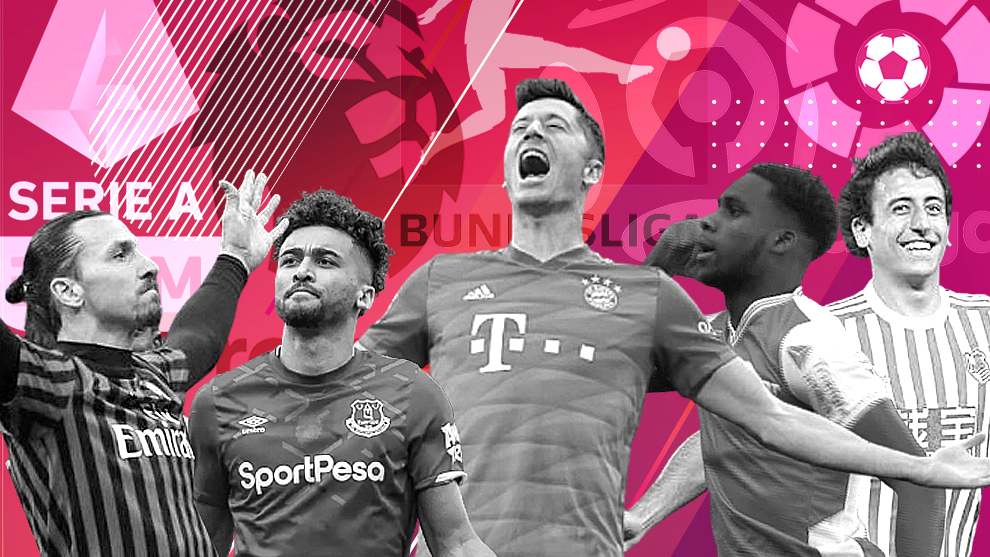 It’s a sad time in LaLiga Santander as Spanish football is no longer a goalscorer’s paradise. The statistics this season show that Spain’s top tier is the lowest scoring of Europe’s top five leagues. Across Serie A, the Premier League, the Bundesliga and Ligue 1, seeing scores of 5-2, 3-3 or 4-2 isn’t uncommon, whereas Spain is seeing more 1-0s and 0-0s.

The recent change has been dramatic. Italy’s Serie A, formerly renowned for its incredible defending, is now the home of goals. Italy’s top flight is averaging 3.41 goals per game at the beginning of this 2020/21 season. Next in line is Germany’s Bundesliga, averaging 3.21 goals per game.

“The numbers speak for themselves,” Paco Jemez said of the trend. “It gives you an idea of what’s being played. Defending is valued more than attack and it’s bad for the spectacle.”

“We’ve gotten used to it. It’s hard for there to be goals, except for when the greats play. The fear of making a mistake is noticeable. Teams want to win without taking any chances. There’s a show that has to be sold, but with games like that it’s hard to sell the product for people to enjoy.”

Paco Jemez is fond of the new style seen in Italy. “The Italian league was always one of very few goals,” he said. “A 1-0 was great, but that has changed. You just have to watch the game between Inter and Real Madrid [to see].”

In terms of high-scoring teams, a lot of fun is also being had in other countries. European champions Bayern Munich are dominant in Germany, averaging almost four goals per game at 3.85.

In Italy, though, there are as many as eight Serie A sides averaging more than two goals per game. There are no surprises that the leaders are Gian Piero Gasperini’s Atalanta, despite their early-season difficulties.

The Bergamo club are level with Sassuolo on 2.6 gpg, Napoli are next up on 2.52 gpg, Inter, Roma and AC Milan score 2.28 gig and then come Juventus and Cagliari, both averaging two goals per game.

Journalist Filippo Ricci, of La Gazzetta dello Sport, isn’t blind to what’s happening either. “The numbers are changing,” he said. “What’s happening is very striking. It was the strength of LaLiga Santander, but Real Madrid, Barcelona and Atletico have lost their level, as has been seen in Europe.

“At the same time, the middle class have all improved and everything has balanced out. This is seen in the number of goals and it’s impossible to think now that the champions will hit 90 or 100 points.”

In Italy, though, Ricci notices the opposite trend. “We came from having very low numbers,” he added. “Goals depend on a number of changes within the values of the league. The cliche of having defensive teams has changed and there’s an effort to play more attractive football now.

“A lot of teams try to play from the back now. It’s not tiki taka, but there’s been a cultural change. You can see it with Atalanta, Sassuolo or even Inter. There’s been an evolution in Italy, but an involution in Spain.”

“It’s a cycle that corresponds to more conservative teams. It happened in Italy too, where they spent 25 years like this,” Jose Antonio Martin ‘Peton’ said. “Gasperini isn’t a child, but with Atalanta it’s now understood that his way of playing is more beautiful than it was once thought.”

“In Spain there were players like Cristiano Ronaldo who went there with goals,” Peton said. “Now Real Madrid won the league with clean sheets, something that Diego Simeone was criticised for.

“The greater the demand, the more fear there is. It’s better to be conservative and survive. Alvaro Cervera is clear at Cadiz. He’s got a 4-4-2, they get ahead and you don’t beat them. It’s a pain.”

“Conte told Godin ‘you’re a hell of a professional, but you’re not playing for me next season’. He wanted his players to play from the back in a perfect way and he’s very offensive,” Peton said, using Inter as an example of the change.

Even counting shots on goal, Bayern top the charts. They average 7.57 attempts per game, beating Napoli (6.8) and Paris Saint Germain (6.7). Barcelona have most efforts than anyone else in Spain with six per match, ahead of La Real (5.1) and Real Betis (5).

Chema Sanz, Valencia’s assistant coach, isn’t so sure that definitive judgments can be made just yet. “The sample size isn’t big enough to draw conclusions,” he said.

“We’re not even a quarter of the season in and there are still a lot of teams with games in hand. These include Barcelona, Real Madrid and Atletico, who are all important and could change the data.

“I don’t think these statistics are due to any specific behaviour. I don’t think more shots means better shots either. After a few more games of LaLiga Santander we’ll see if Spain really is the home of the new catenaccio.”