Frank Lampard has given an update on the condition of Kepa Arrizabalaga – and it’s good news for the Spanish international.

Kepa, who looks to have lost his place in the Chelsea starting eleven for good to summer signing Edouard Mendy, has been missing with a shoulder injury.

The Spaniard’s form has been spoken about enough, with Kepa being slated (justifiably) over the past few months as a result of his continuous costly errors.

But for now lets focus on his physical condition, which has been imperfect of late, with the 26-year-old’s shoulder injury ruling him out of action.

As per these comments from Frank Lampard in his pre-match press conference, as quoted and tweeted by journalist James Olley, it looks as though there’s hope Kepa will be fit for this one. 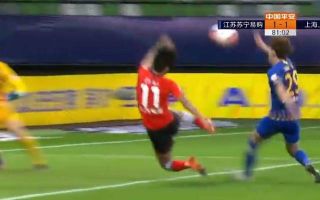 With Mendy now having kept four consecutive clean sheets for Chelsea, it’s difficult to see Kepa be given the chance to start at the weekend, but every possible player available is of course a boost for Lampard.