According to the Mirror, Mohamed Salah is set to miss Liverpool’s clash against top of the league Leicester on Sunday due to the Premier League’s self-isolation rules.

Salah has been in isolation since last Friday, with the forward testing positive for Covid-19 on two occasions whilst away on international duty with Egypt.

The national team’s FA have stated that the 28-year-old will be cleared to return to Merseyside if his third test of the break on Thursday returns a negative result.

The Mirror reiterate that whilst that outcome would allow Salah to return to England, he still won’t be available against the Foxes.

It’s stated that a Premier League player has to self-isolate for a minimum of 10 days after testing positive for Covid-19, in Salah’s case that period would end next Monday. 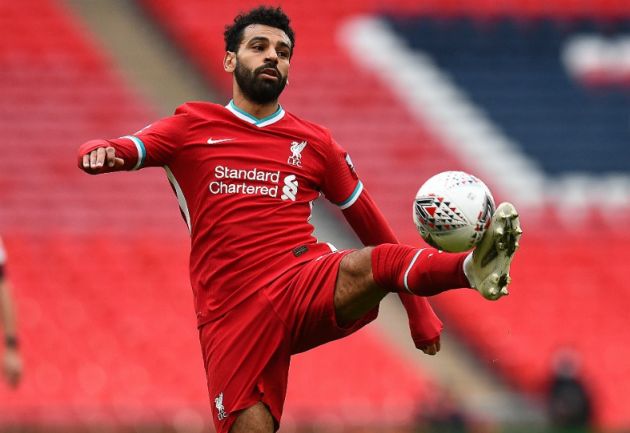 Mohamed Salah is the focal point of Liverpool’s attack.

Salah could also face a difficult task in relation to convincing the authorities that he – as an international footballer – is exempt from the usual strict self-isolation rules that the rest of the public have to follow.

The problematic issue on this front is that Salah attended his brother Nasr’s wedding in Egypt before he reported to the national team, with the superstar filmed dancing without a mask.

The Mirror report that Salah is likely to be cleared to return to training from Monday, of course only if his test on Thursday comes up negative.

This has made Jurgen Klopp’s current situation even worse, barring any rule changes, the Reds will now be without Salah, Virgil van Dijk, Joe Gomez, Fabinho and possibly Jordan Henderson vs Leicester.

If Salah tests negative on Thursday though, with a return to training possible on Monday, he could still be in contention to face Atalanta in the Champions League next Tuesday night.