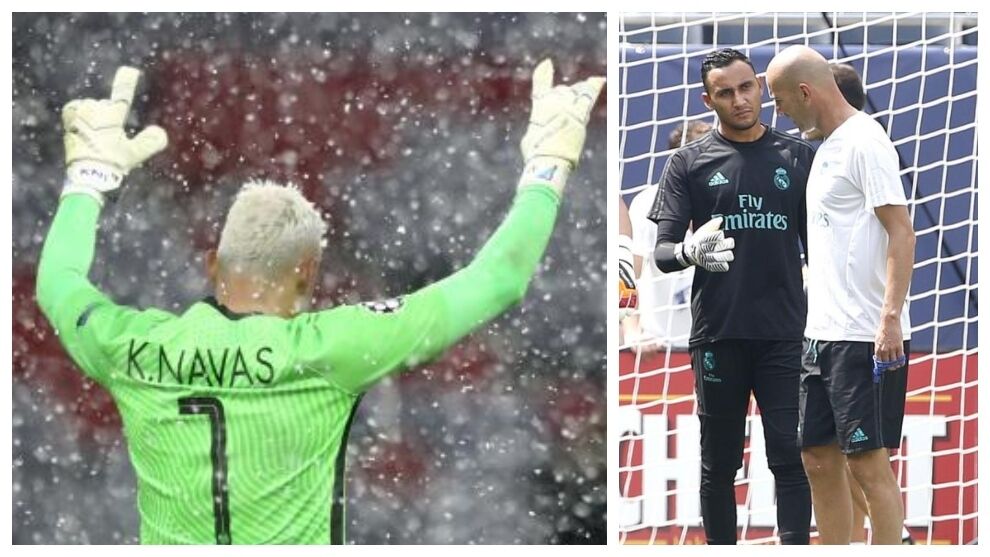 Keylor Navas was one of Zinedine Zidane’s most trusted players at Real Madrid, and it was because of the Frenchman that Los Blancos didn’t sign some of the big-name goalkeepers they were linked with during his first spell at the club.

Since joining PSG, Keylor has continued to show that he is one of the very best goalkeepers around, including an impressive showing against Bayern Munich in the first leg of their Champions League quarter-final tie.

“Zidane didn’t want Navas to leave,” Leboeuf told Telefoot. “It’s easy to see why. Keylor Navas is the best goalkeeper in the world.”

Cautious ahead of Bayern second leg

Leboeuf continued to discuss PSG‘s upcoming second leg against Bayern, and he expects a reaction from the Germans.

“I think Bayern are hurt,” he said. “They took a little beating, which wasn’t expected and probably not deserved. I expect a reaction.”