Eredivisie strugglers VVV-Venlo recently announced they would not be renewing the contract of former Premier League player and UEFA Cup finalist Lee Cattermole.

To many outsiders it may seem a curious case. Why would a team who – prior to the cancelation of the league – were two points off the relegation play-off spots in a relatively poor league (when compared to the Premier League), release a 32-year-old who just three years ago was playing in the best league in the world?

At 32 he may be a little past his prime – but not by much. So why would they decide not to renew his contract?

Back in 2005 Cattermole was afforded his chance having graduated from the academy of hometown club Middlesbrough. Almost every club in the county has an academy, and every year one or two of the best players will be given their shot at stardom in the first team – not at Middlesbrough.

Back in 2004, Boro’s youth team won the FA Youth Cup. Clearly, they had a good crop of youngsters, and maybe three of four would go on to become household names.

What followed was barbaric.

Almost every single member of their triumphant 2004 youth team was promoted to the first team within a few years. And this wasn’t a struggling side – this was a Premier League side. Boro were trying to cut costs, and their burgeoning academy was the key to building a shoe-string budget side.

Of course, it all ended it disaster – having been UEFA Cup finalists in 2006, the youngsters began to be drip fed into the squad, and by the time they were all integrated, Boro had been relegated. From European finalists to the Championship in three years.

Nearly every single member of that academy squad has proven themselves to not be good enough for the top level; David Wheater, Tony McMahon, Stuart Parnaby, Matthew Bates, Andrew Davies, Andrew Taylor, Seb Hines – all players who found their level at around League One, who somehow began their careers as Premier League players thanks to Middlesbrough. And Cattermole is one of them.

However, the difference between Cattermole and the rest is that he only found his level in League One at the age of 31.

The Premier League charlatan managed to grind 12 SEASONS out of England’s top tier, before dragging Sunderland down with consecutive relegations. So how did he manage this if he’s that bad?

The north east of England is a hotbed of football. Kevin Keegan once compared north east football fans going to the match to southerners going to the theatre. This is what they get excited for all week. If the Netflix documentary ‘Sunderland ‘Til I Die’ taught us anything; it’s that passion goes a long way in the north east.

And that’s absolutely fine – but passion in football should be a prerequisite. Unfortunately, the north east football fans’ obsession with emotion and enthusiasm is a fatal flaw in their way of viewing the game.

Cattermole would play in black boots with his shorts pulled up rather than round his backside like most Premier league players, he would go steaming into challenges and get the crowd on their feet – but that doesn’t make him a good footballer.

Unfortunately, a lot of north east football fans have a chip on their shoulder. There’s an ‘us against the rest of the country’ mentality. And because of this, players who show a little bit of passion get away with being not very good at football, and that’s exactly how Lee Cattermole forged a 12-year Premier League career.

VVV-Venlo didn’t release Cattermole because he was too old, because his wage demands weren’t too high or because he was homesick. The former Sunderland man made just 11 appearances for the strugglers all season. The fact is, despite what his CV might say, Lee Cattermole has never been a top-flight footballer, and at 32 he could no longer cut it in the Netherlands’ top flight.

Sat May 23 , 2020
The Ghanaian is eager for football to resume in a season he has been impressive in, amid links to the Buccaneers Maritzburg United goalkeeper Richard Ofori is keen to get back to football action, saying abandoning the current Premier Soccer League (PSL) season “will lead to a lot of confusion.” […] 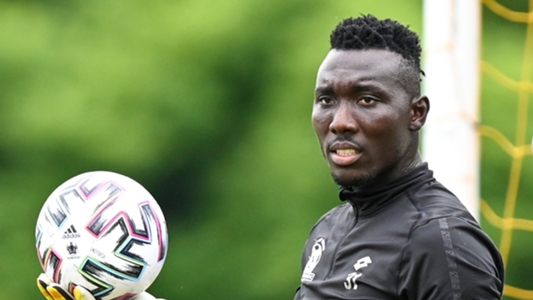