Levante vs Real Madrid A tough game for the champions 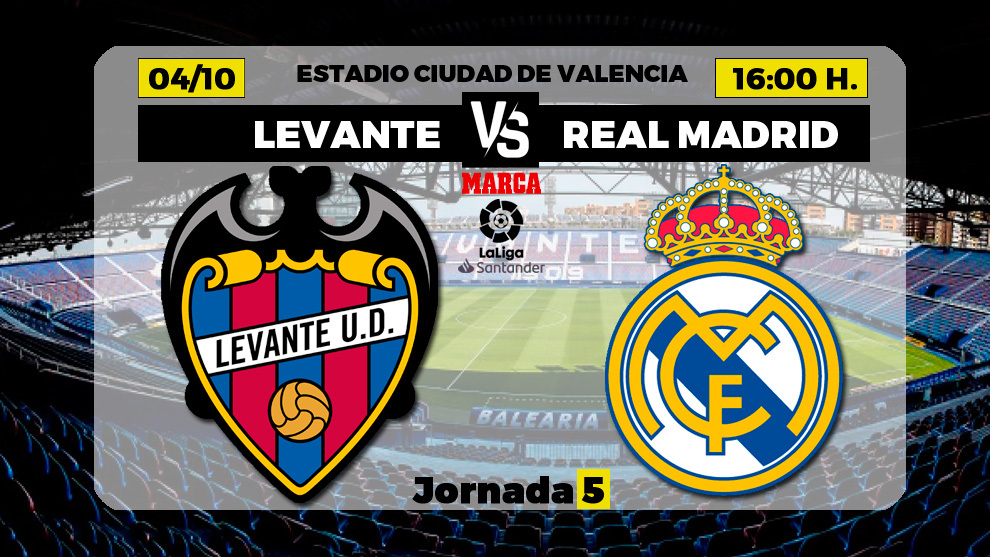 Real Madrid will be hoping that their defensive solidity will help them when they travel to take on Levante on Sunday afternoon in LaLiga Santander.

Los Blancos need their defensive expertise to get the job done on what could be a tricky day’s work in Valencia, particularly with their attacking players misfiring at the other end of the pitch.

Thibaut Courtois, Raphael Varane and Sergio Ramos are Real Madrid’s pillars at the back, and they have formed a trident that dwarfs anything that Zinedine Zidane has put together in attack.

The defensive wall is Real Madrid’s great force this season, even more than last.

This season, Los Blancos have already picked up four points through not conceding, drawing 0-0 at the Reale Arena and beating Real Valladolid through a single Vinicius Junior strike.

Real Madrid are built on those same foundations that saw them crowned champions in 2019/20, when clean sheets helped them to 22 points over 10 games.

Zidane’s side kept a clean sheet on 19 occasions last year, though in the other nine games they would have won even had they conceded.

Things solidified as the end of the season drew closer, with six clean sheets kept in the last 11 rounds of fixtures, with three of those leading to 1-0 wins.

Courtois ended the season with the Zamora Trophy, which was the icing on the cake of a fine season for the defensive unit.

Karim Benzema will be hoping to get off the mark at the other end, as will Luka Jovic should he be given minutes again. 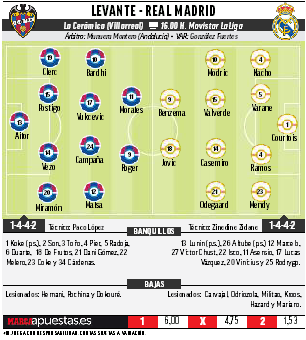 Real Madrid come up against Jose Campana just days after he received his first Spain call-up.

The 27-year-old Andalusian has been in the spotlight this week, even with his side having an inconsistent start to the season.

In attack, Levante will be hoping that Jose Luis Morales and Roger Marti will be firing.

Paco Lopez will be hoping to call upon Jorge Miramon, Sergio Postigo and Carlos Clerc as they’re on their way back from injury.

The biggest novelty of the game will be its location though. Levante won’t be playing at their usual venue, instead using Villarreal’s Estadio de la Ceramica.