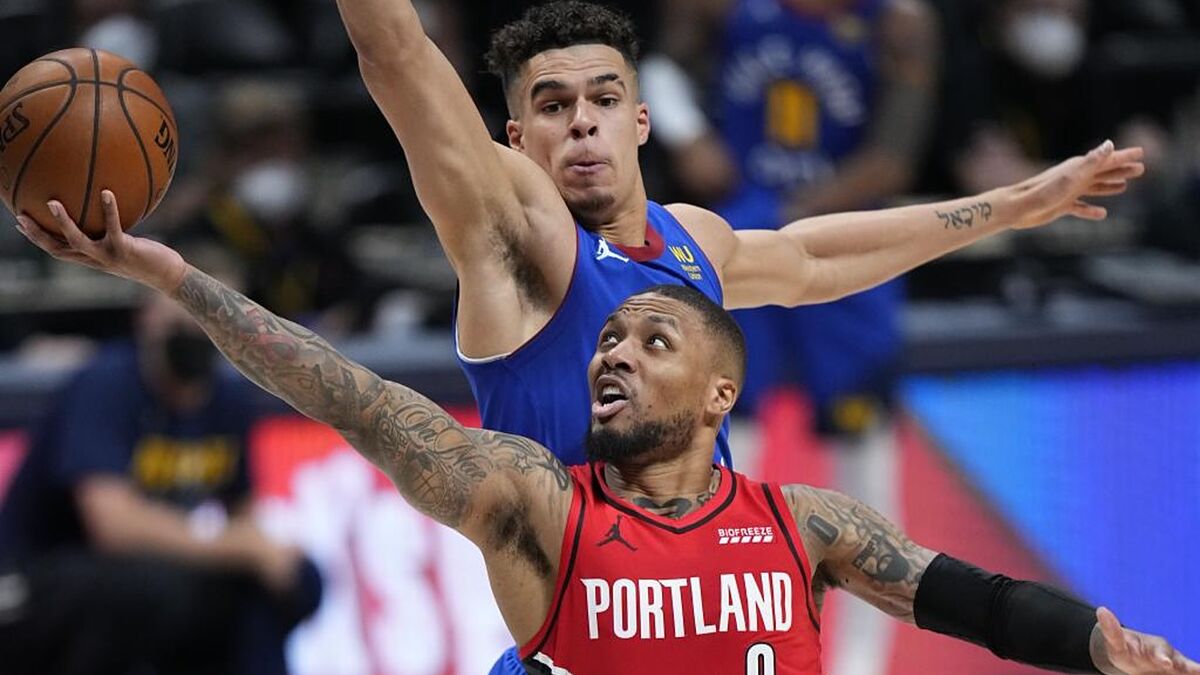 Damian Lillard was in red-hot form for the Portland Trail Blazers as they beat the Denver Nuggets 123-109 in Game 1 of their Western Conference playoff match-up at Ball Arena on Saturday night.

The Blazers point guard erupted for 34 points, two rebounds and 13 assists in 40 minutes of action, while he was ably assisted by the likes of CJ McCollum (21 points), former Nugget Carmelo Anthony (18 points), Jusuf Nurkic (16 points and 12 rebounds) and Anfernee Simons (14 points).

Curiously, the Blazers were able to hold MVP frontrunner Nikola Jokic to just one assist, but the Nuggets star was still able to put up 34 points and 16 rebounds. For Lillard, limiting Jokic‘s playmaking was key to Portland securing Game 1.

“It was huge,” Lillard said in his post-game interview. “We know when they’re at their best, he’s setting the table, he’s dominating the game as a playmaker and he’s scoring and he’s kind of having his way.

“A guy as good as he is, an MVP candidate – the MVP in my opinion – you know that he’s going to play well.

“You know he’s going to do what he does but you got to try to take something away.”

The Nuggets are missing star guard Jamal Murray, who tore his ACL in April, so there is an increased importance on third-year player Michael Porter Jr to step up, with the 22-year-old recording 25 points and nine rebounds.

Aaron Gordon tried to help the Nuggets‘ scoring efforts with 16 points of his own, but the only other player to get into double figures was Monte Morris with 10. Former Real Madrid point guard Facundo Campazzo finished with eight points, five assists and three rebounds in 32 minutes.

0 43
Pedrerol: Real Madrid have to sell to survive

0 22
Do Real Madrid have a way of distracting Mendy at corners?