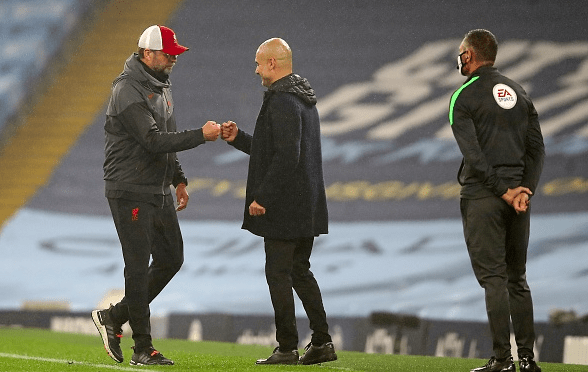 Liverpool have so far made only one addition to their squad this summer; defender Ibrahima Konate has arrived from RB Leipzig. Meanwhile, the likes of Manchester City, Chelsea and Manchester United have spent vast amounts of money on players like Jack Grealish, Romelu Lukaku and Jadon Sancho.

Reds boss Jurgen Klopp says his club could never compete with those clubs in terms of spending.

“Whoever we buy, there is no guarantee we would be ahead of Manchester City – they can strike back… buy two or three”

Jurgen Klopp says Liverpool cannot compare their transfer business to other clubs’ and likens it to an anecdote of people’s love lives pic.twitter.com/0gwYOr2hmA

0 222
AFCON matchday preview: Revenge on the cards as giants collide

0 109
Terzic rallies Dortmund fans after reappointment: ´Let´s be louder than ever!´