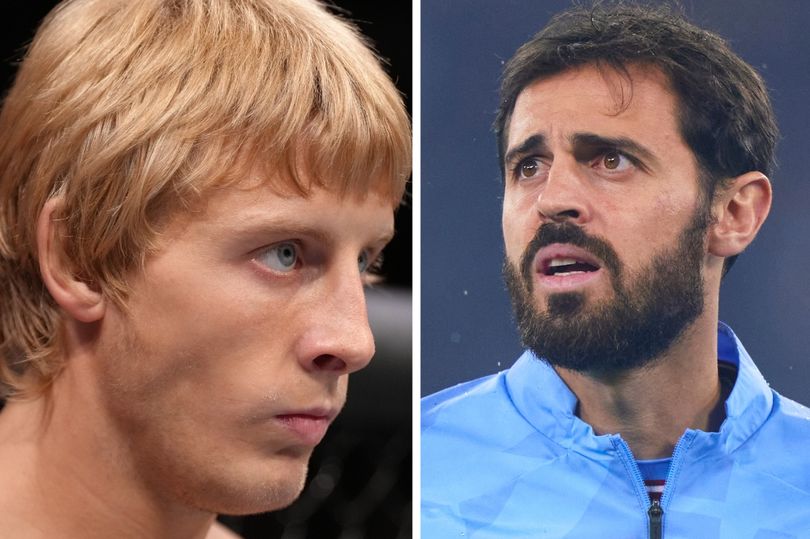 Paddy ‘The Baddy’ Pimblett has revealed that he would like to fight Manchester City midfielder Bernardo Silva in the octagon.

Pimblett, a lifelong Liverpool supporter, rose through the ranks of the MMA promotion Cage Warriors before joining the UFC in 2021.

The 27-year-old Scouse fighter has fought three times in UFC and is yet to be defeated, as Pimblett continues to emerge as a force to be reckoned with.

Outside of MMA, the Liverpool-born UFC fighter is a die-hard Liverpool supporter who has made his dislike for the Premier League club’s Manchester rivals very known.

While admitting that Manchester City’s Bernando Silva is an “unbelievable” player, he insists that he would love to fight him, having previously wanted to fight Manchester United’s “overrated” Bruno Fernandes.

He told Ray Parlour and Alan Brazil on Pub Talk (via Liverpool Echo):

“Last season, when he first got signed, it was Bruno Fernandes, ’cause of how overrated he was.

“That time when they gave us [Liverpool] a guard of honour, and he just stood there. Come on lad.”

0 143
Why Real Madrid could target Robert Lewandowski in 2022