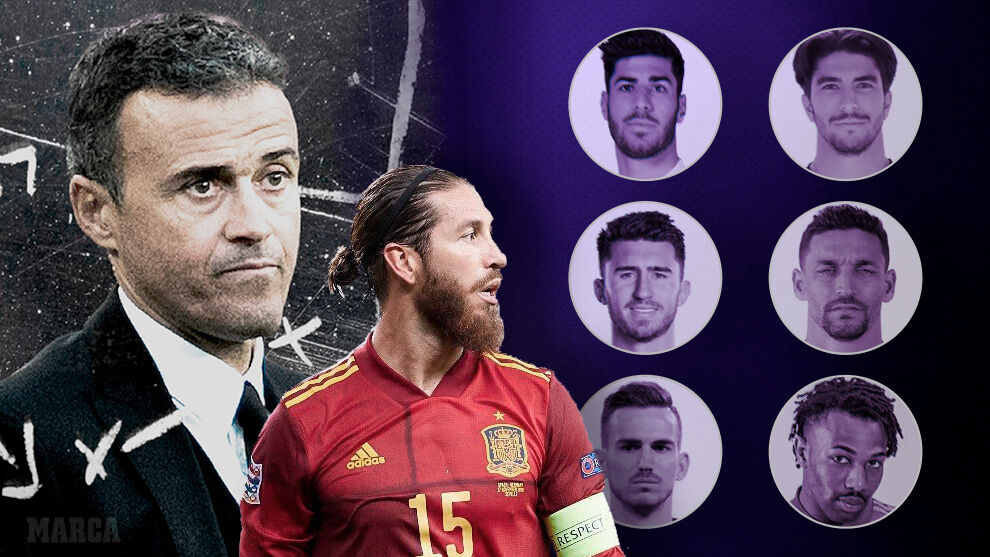 Luis Enrique has always been clear that his players would need to find their very best form if they are to force their way into his Spain squad for this summer’s European Championship.

The Spain boss will name his list of players at midday on Monday, and Sergio Ramos‘ inclusion is in doubt.

Luis Enrique‘s repetition of “those in form will go” could now be a problem for the Real Madrid captain. Ramos has been a leader and captain for his country as well, but he has spent the 2020/21 season bothered by a knee injury that just won’t leave him alone, playing just five times this calendar year. If he were any other player, surely he would have no chance of being included.

But his inclusion in Zinedine Zidane‘s squad for the final game of the season against Villarreal suggests that he’s okay, and Luis Enrique will be forced to make a big decision.

The choice of whether or not to take Ramos isn’t the only thing he has to settle on though, and there will be a lot of things going through the Spain boss’ head as the time to announce his squad draws closer.

All to play for in goal

Unai Simon, David De Gea and Robert Sanchez will be the three goalkeepers, but who will start in the tournament is a little less clear.

Some doubts at full-back

Jose Luis Gaya and Jordi Alba should be chosen on the left, while the right-back position has been hit hard by injuries this season.

Those leave Jesus Navas as the only real specialist in the position, meaning Marcos Llorente could be the second choice at right-back. Pol Lirola is being considered.

Luis Enrique has acknowledged that he has a lot of options at centre-back, which is why Nacho Fernandez, despite an excellent season, is unlikely to feature in his plans.

Aymeric Laporte, Pau Torres, Eric Garcia and Inigo Martinez are expected to go. Diego Llorente is another who can go and offer versatility.

Ramos could be named in the squad and closely monitored, with UEFA allowing for changes to be made until the day before each team debut in the competition in cases of proven injury or COVID-19. Spain’s debut is on June 14.

Rodri and Sergio Busquets will go as the deeper midfielders, while Thiago Alcantara, Sergio Canales, Koke and Pedri are also expected to be involved.

But other players have doubts. Mikel Merino is out with an injury, Fabian Ruiz‘s inclusion is in doubt because of a slump in form, meaning that Carlos Soler or Luis Alberto could be invovled.

Rodrigo Moreno up front? What about Asensio?

COVID and an injury have frustrated Rodrigo this season, but he has ended the season strongly and he should make the cut, particularly with extra places now up for grabs.

Out wide, though, there are more questions. Adama Traore offers something that nobody else brings to the table, and Marco Asensio will want to be called up as well. Even Suso could be involved.

0 46
Dellavedova may have to retire due to concussion