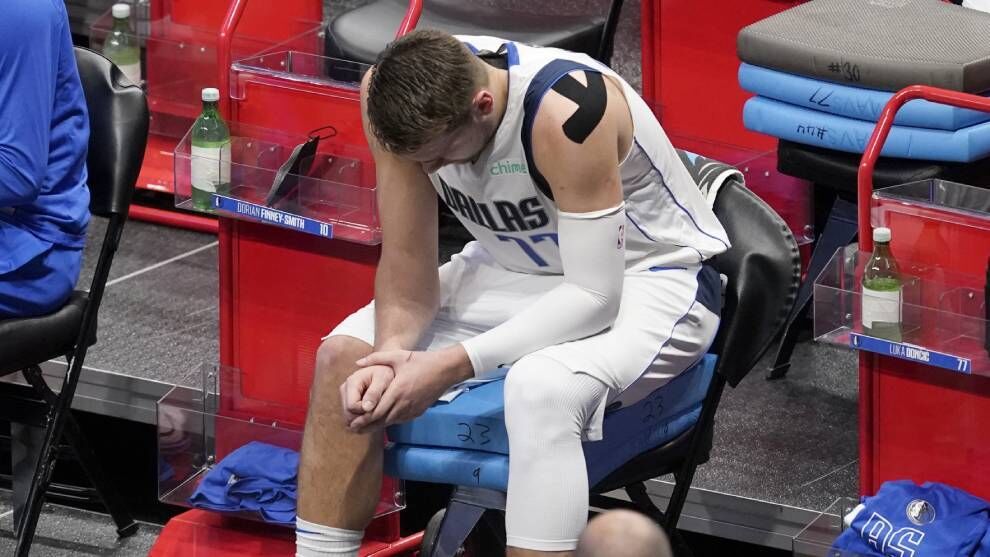 The Los Angeles Clippers are right back in their playoff series against the Dallas Mavericks following a 106-81 victory on Sunday night, as a physically ailing Luka Doncic couldn’t get his team out of a troublesome situation.

Doncic, when on form, is unplayable and can take matches away from opposition teams, but Sunday saw the Mavs star really struggling with a neck injury that has been plaguing him since Game 3 in the series.

Despite this, he remained Dallas‘ highest scoring player on Sunday, registering 19 points, but he made only nine of his 24 shots.

“Injuries are part of basketball and I’ve played terribly.”

Doncic‘s physical issues are a welcome development for a Clippers team that continues to underperform.

A roster that has Kawhi Leonard and Paul George within it should be doing much better, but they have never produced their best basketball since arriving in the City of Angels.

However, despite not playing well at all, the Clippers are well in this series and could still progress to the second round, especially if Kawhi can recapture the form he displayed when he almost single-handedly led the Toronto Raptors to the title.

0 58
Haaland: What Odegaard needs is to start playing

0 53
Koeman: Without Messi, you can’t aspire to much