Juanma Lillo is set to be appointed as the new assistant manager at Manchester City, with Pep Guardiola due to make his former mentor Mikel Arteta’s successor.

Guardiola has been without a permanent number two since Arteta took up the vacant managerial position at Arsenal in December, with first-team coach Rodolfo Borrell acting as Guardiola’s right-hand man in the interim.

Currently managing Qingdao Huanghai in China, Lillo will leave the club this summer to renew his prior relationship with the City boss for the 2020/21 season, report the Daily Mail.

The pair briefly spent time together at Mexican side Dorados Sinaloa in 2006, where Lillo coached the former Barcelona and Bayern Munich tactician in the latter years of his playing career.

Lillo previously held roles at Real Sociedad, Chile and Sevilla, among others, and has been described as a ‘maestro’ by Guardiola who sees him as someone who fits a similar mould to his own philosophy.

Vincent Kompany and Xabi Alonso were two other candidates for the role, but it appears as if Lillo will land the position, working alongside the man he once claimed was ‘like my son’.

As written in his book Another Way of Winning, when Guardiola was in the running for being Barcelona’s director of football he had earmarked Lillo as his preference to be manager – someone who has drawn inspiration from the likes of Marcelo Bielsa and Arsene Wenger.

This what Pep Guardiola likes about Juanma Lillo, one of his big influences

(from Another Way of Winning)

An experienced coach who has worked as a manager in some capacity since 1981, Lillo became the youngest manager ever of any La Liga club when he took over the reins at Salamanca aged just 30.

During his time as boss of Vissel Kobe he signed the likes of Andres Iniesta, David Villa and Lukas Podolski, while in China he’s boasted Yaya Toure among his ranks.

Fri Jun 5 , 2020
Speculation continues to suggest that a Brazil international midfielder could be allowed to leave Camp Nou, but he has been billed as a future leader Gremio president Romildo Bolzan admits to being left bemused by the transfer talk Arthur is generating at Barcelona, with a player he offloaded to Camp […] 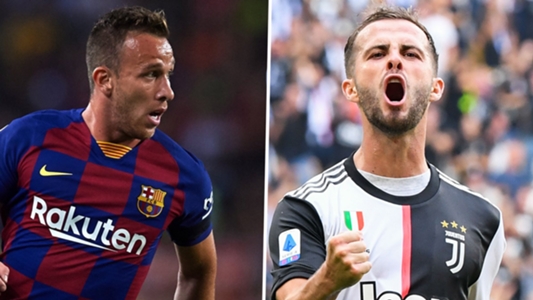