Manchester United have issued a statement after summer signing Alex Telles tested positive for Covid-19 again whilst away with the Brazil national team this weekend.

The Red Devils state they are ‘checking’ on the left-back’s situation, adding that they will ‘assess’ the 27-year-old once he returns to Manchester later this week.

The Brazilian Football Confederation confirmed Telles’ positive result yesterday, with the association adding that the left-back was to undergo another test on Sunday.

United state that the recent positive result doesn’t mean for sure that Telles has contracted the virus again,

United state that the recent test outcome isn’t a guarantee that Telles has contracted the virus again, with the Manchester outfit hopeful that the star is available for Saturday’s clash with West Brom. 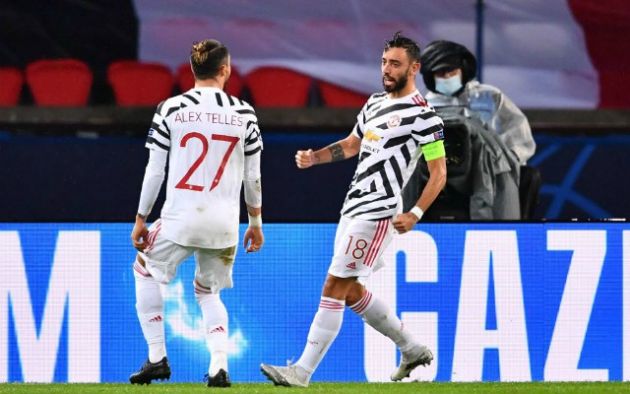 Telles looked solid on his Man United debut against PSG.

Telles came on for the final minute of Brazil’s 1-0 win against Venezuela. If the full-back returns another positive result, the CBF state that he will be ruled out of the Uruguay fixture and return to Manchester.

Telles has made just one appearance for United since signing from Porto on Deadline Day, with the attack-minded ace turning in a solid debut display in the win against Paris Saint-Germain.

Unfortunately Telles’ hopes of building on that performance when he first tested positive for Covid-19 at the end of October, the ace was only cleared to return for the international break.

Another self-isolation period would be a massive blow to Ole Gunnar Solskjaer, who is set to be without Luke Shaw for just under a month – for a likely total of six games.

So if Telles has in fact tested positive again, that would leave academy graduate Brandon Williams as the only natural left-back option for the side.

This is exactly why moving ahead with international breaks in the midst of a pandemic was a bad idea, it’s impossible for the same testing procedures to be used worldwide – which leads to the potential of inaccurate results.