Former Manchester United midfielder Luke Chadwick has criticised the manner in which the players seemed to give up against Tottenham yesterday.

The Red Devils were battered 6-1 at home by Spurs in a shock result in what was a generally crazy weekend of Premier League football that also saw champions Liverpool stunned in a 7-2 defeat away to Aston Villa.

United, however, have not had a great start to the season and Chadwick spoke to CaughtOffside about how a result like this was coming after the performances against Crystal Palace and Brighton.

The former Man Utd ace has now called for a reaction after a worrying capitulation after Spurs took the lead at Old Trafford yesterday.

“I think probably the scariest thing about yesterday was the effort levels and the body language of the players after going behind,” Chadwick told CaughtOffside.

“I think that wouldn’t happen if there was a crowd in there, but obviously the players are still representing an incredible football club and you do expect to see more fight, more work ethic.

“You saw some lazy challenges, players not running back, swiping at players. There has to be a reaction, whether there’ll be a reaction in the transfer market today, who knows, there’s not a lot of time left, but it’ll be interesting to see the reaction of the players and what happens in the next game.”

Chadwick insisted, however, that the manner of the defeat should not necessarily lead United to a knee-jerk reaction when it comes to changing their manager. 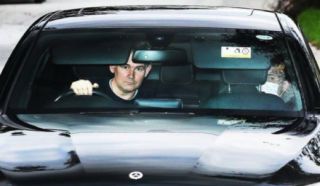 Ole Gunnar Solskjaer will undoubtedly be under pressure after such an embarrassing scoreline, but Chadwick has cautioned that the club’s recent chopping and changing in the dugout hasn’t done them much good and that strengthening in the transfer market should be the priority instead.

“In terms of Ole, in my opinion he is still the man for the job,” he said. “Who else is out there? David Moyes, Louis van Gaal, Jose Mourinho – it doesn’t seem to work changing the manager all the time.

“Obviously yesterday was a real wake up call and any manager in the world would be under pressure after losing 6-1 at home, particularly if you’re Manchester United, but there’s probably five or six players required to turn that team into one that can win the Premier League.”