That’s reported by the BBC, who note that Rashford’s solo efforts to convince the government to perform a U-turn on their decision to discontinue food vouchers for 1.3M qualifying children in the UK over the summer school break.

Since his emergence under Louis Van Gaal, Rashford has established himself as a fully-fledged starter for Man United, as well as an England international under Gareth Southgate.

Though just 22-years-old, Rashford is fast become a national icon as a result of his performances on the pitch and efforts to fight child poverty in the UK off it.

He has been awarded an MBE, which is very rare for a player still playing the game of football – let alone someone as early in their career as Rashford is.

Here’s what the United man had to say in wake of receiving the honour – he looks delighted, and who can blame him?

“I feel honoured to have that title. Hopefully it inspires more people to do good things.”

A word from @MarcusRashford MBE… ? pic.twitter.com/c6o6fcVrwq 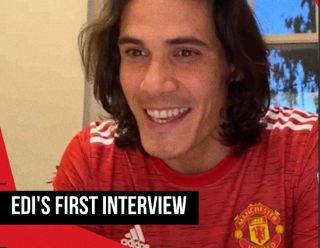 There will be more than a million children thankful for what Rashford has done to fight for them and ensure they don’t go hungry over the summer, and hundreds of thousands of parents breathing a sigh of relief.

This honour could not have been given to a more measured and impressive young man. Congratulations, Marcus.