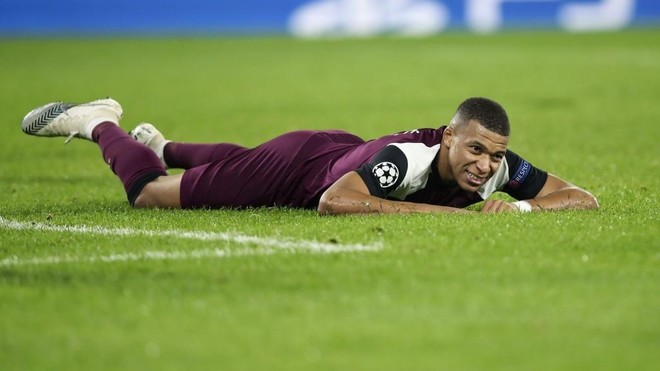 The 21-year-old, currently top scorer in France’s Ligue 1, cannot translate that form to the Champions League, firing another blank on Wednesday night in his side’s 2-0 win over Istanbul Basaksehir.

And he hasn’t scored in the competition since December 2019, when he netted against Galatasaray in last season’s group stage.

That’s a run of seven games, an unwanted stretch that doesn’t tally with a player of his quality.

During this time, Mbappe has been on the pitch for 502 minutes and had 15 shots – but to no avail.

Against Basaksehir, he had four shots, but three of those were off target and it was Everton loanee Moise Kean who instead netted a quickfire double.

The game where his drought began was against Borussia Dortmund in last term’s round of 16 first leg. And from there to the final he didn’t score once, including games against Atalanta, RB Leipzig and Bayern Munich.

This season, it’s been blanks against Manchester United and Basaksehir, making it now 322 days without a goal in Europe.

Mbappe has achieved so much in the game already, but the focus is now on him as he tries to emerge from this slump.