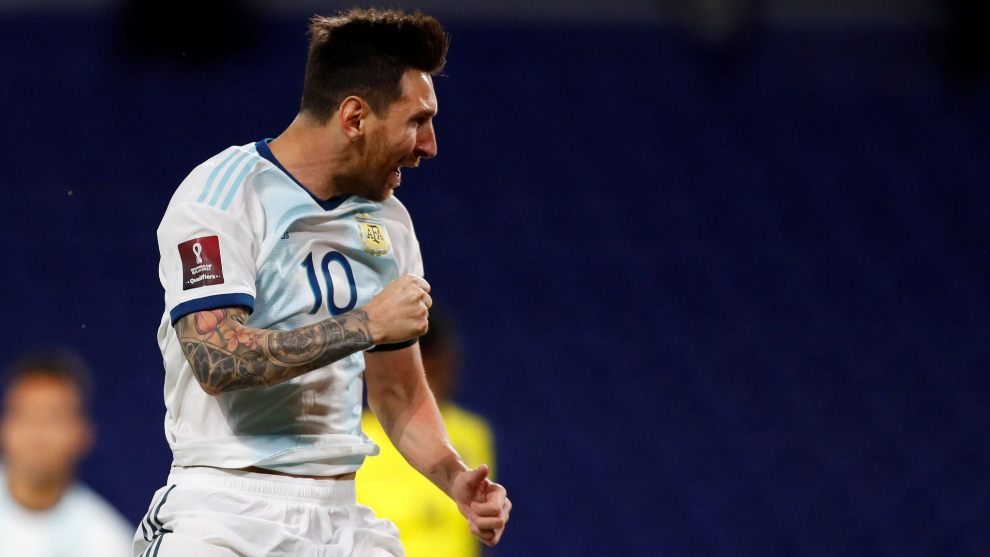 Argentina started 2022 World Cup qualifying in the same way as they ended 2018 World Cup qualifying – with a win over Ecuador. Three years ago, Lionel Messi scored a hat-trick to see the Albiceleste to the finals in Russia and the Barcelona star was the difference again on Thursday night.

The hosts were handed a chance to take the lead at La Bombonera when Pervis Estupinan brought down Lucas Ocampos in the penalty area. Messi stepped up to take the spot-kick and beat Alexander Dominguez for power in the Ecuador goal. Messi and Ocampos were joined in attack by Lautaro Martinez, with the three forwards working well in Lionel Scaloni’s system.

Lautaro and Ocampos combined shortly after the break, with the latter seeing his shot saved by Dominguez. With Argentina failing to take further opportunities to score, the visitors grew into the contest, although creating chances was a problem.

At the other end, Messi found himself bearing down on goal, only for Robert Arboleda to prevent him from getting into a scoring position. Franco Armani’s clean sheet meant that Argentina were able to start their World Cup qualifying campaign on the right foot. It was an all-action display from their captain, who fought, pressed, defended from the front, attacked and scored in the victory.

Also on opening night in CONMEBOL World Cup qualifying, Uruguay beat Chile and it was honours even between Paraguay and Peru. On Friday night, Brazil start their campaign at home to Bolivia and Colombia face Venezuela in Barranquilla.

Argentina’s next outing sees them travel to Bolivia on Tuesday, while fixtures against Paraguay and Peru are scheduled for November. Scaloni’s side are, as always, under immense pressure to qualify for the 2022 World Cup, with the tournament in Qatar thought to be Messi’s last in an Argentina shirt.