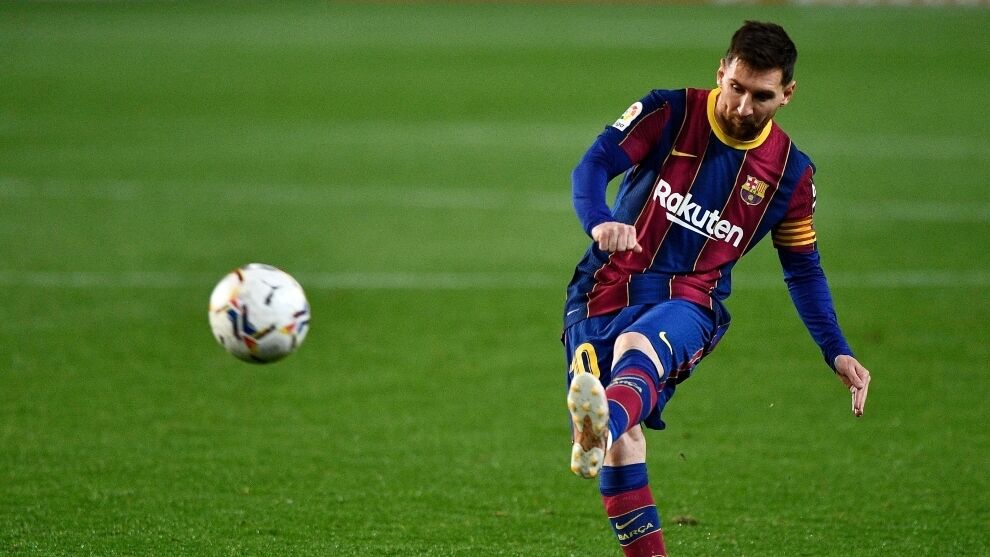 Barcelona will welcome the end of a turbulent season, though Lionel Messi once again proved his quality as he almost single-handedly dragged the team to the finish line.

Ronald Koeman started a reconstruction of the team, which has reached the end of a cycle according to new Barcelona president Joan Laporta, and the only success came in the Copa del Rey.

That said, Messi‘s quality shone through as he topped the LaLiga Santander goalscoring charts, earning himself his eighth Pichchi as he defeated Karim Benzema and Luis Suarez in the battle to be Spain’s top marksman.

Just three of Messi‘s goals came from direct freekicks, which does make him the best in LaLiga Santander ahead of Joselu who only bagged two freekicks. Messi also had 91 attempts on goal, and Benzema could only manage 55 himself.

Looking closer at the Argentine’s game, he was always a dangerous presence for his opponents and made a whopping 1,636 passes in the opposition half, surpassing his own midfield teammates Frenkie de Jong and Sergio Busquets, as well as Dani Parejo and Luka Modric.

As teams tried to stop him, Messi was the most fouled in LaLiga Santander, with 99 infringements against him. Only Javi Galan and Nabil Fekir came close with 97 and 85 fouls against them, respectively.

These striking numbers add weight to the argument that Barcelona should try everything to get Messi to sign a new deal and reinforce the areas to help the Argentine better exploit is virtues.

0 42
Merson: Why are Arsenal still playing Odegaard if they can’t sign him permanently?