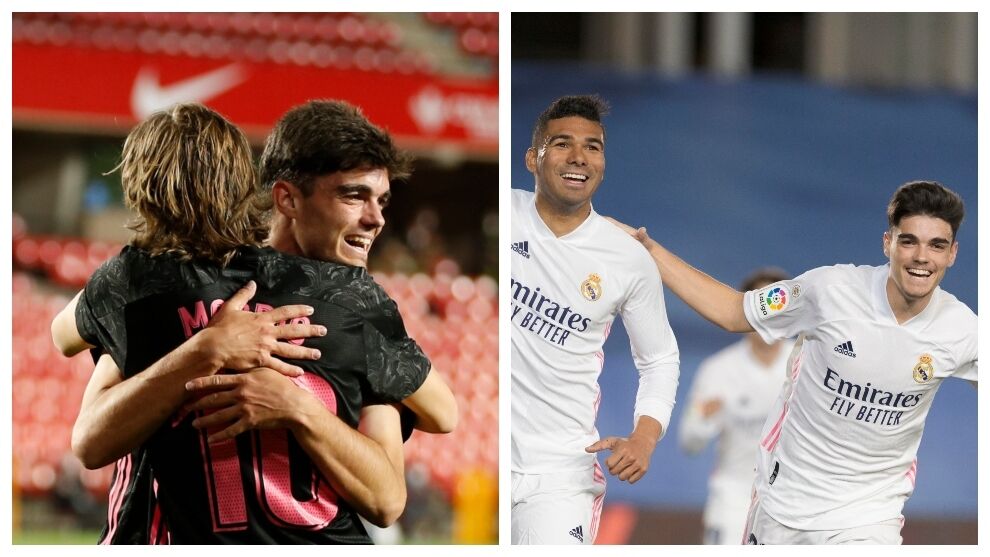 The 2020/21 season has been difficult for everybody, but particularly for Real Madrid, as Los Blancos have had to manage countless injuries to key players throughout the season.

Zinedine Zidane has been left to turn to Castilla in order to make up his Matchday squads on a number of occasions, and those he has called upon have largely delivered.

“Our job is to help the first team when they need it,” Castilla coach Raul Gonzalez said before the season’s end.

Both Miguel Gutierrez and Antonio Blanco, in particular, have shone when they’ve had the chance, and each looks ready to step up to the Real Madrid first team for 2021/22.

The wing-back had already played under Zidane. In the summer of 2019, he featured against Fenerbahce and became the first Real Madrid academy player born this century to debut for the club. This season, he has played in Ferland Mendy‘s absence ahead of Marcelo.

Marcelo is unlikely to continue at the club after three seasons wherein his decline has become more and more evident. Given what Miguel Gutierrez offers, Real Madrid can afford to let the Brazilian leave now, not to mention David Alaba‘s arrival.

The Austrian will be confirmed as a Real Madrid player any day now, and his versatility will come as a relief to Casemiro in midfield, as he might be afforded some rest next season. But as well as Alaba, Antonio Blanco is a player that they can trust in their XI.

Sergio Arribas and Marvin Park are others who have done well when they’ve played, and Real Madrid know that they can dip into Castilla for first-team reinforcements again next season, with or without Zidane in charge.

0 14
Deschamps: You won’t find out the details of my meeting with Benzema from me

0 40
Filipe Luis on Hazard: He lacks the ambition to say ‘I’m going to be the best player in the world’

0 35
Mazepin finally opens up about his controversial video