Sporting KC scored three first-half goals on their way to a 4-1 win at LAFC to claim top spot in the Western Conference in the MLS on Wednesday.

Alan Pulido, Luis Martins and Daniel Salloi all scored within 16 minutes as KC raced to a 3-0 lead. Salloi’s classy volley took his tally to nine goals this MLS season.

Israeli midfielder Gadi Kinda added a fourth in the 58th minute with Graham Zusi getting his second assist, before LAFC got a consolation from Danny Musovski.

The win lifted Sporting KC past Seattle Sounders who conceded in the 90th minute to draw 1-1 at home with Dallas.

Fredy Montero had put the Sounders ahead in the 72nd minute with a set-piece header but Dallas equalised from Franco Jara’s 90th-minute close-range strike.

Sporting KC are ahead of Seattle on goal difference, with both sides having 33 points, although the leaders have a game in hand.

Eastern Conference leaders New England extended their unbeaten run to five games with a 0-0 draw against Nashville, who slip to fourth despite the result.

Former England international Kieran Gibbs netted a 66th-minute equaliser to earn Inter Miami a 1-1 draw away to fellow Florida outfit Orlando City. The goal was Gibbs’ first in the MLS.

A fullback connection and Gibbs heads it in the back of the net for a phenomenal goal!

Philadelphia Union ended their three-game winless run with a 3-0 victory over Toronto after three first-half strikes.

Yordy Reyna rocket for the brace. #DCU answers back to make it 4-2. 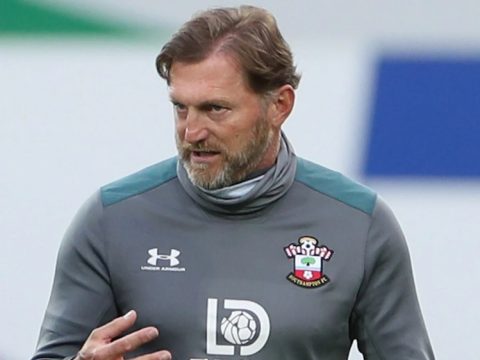