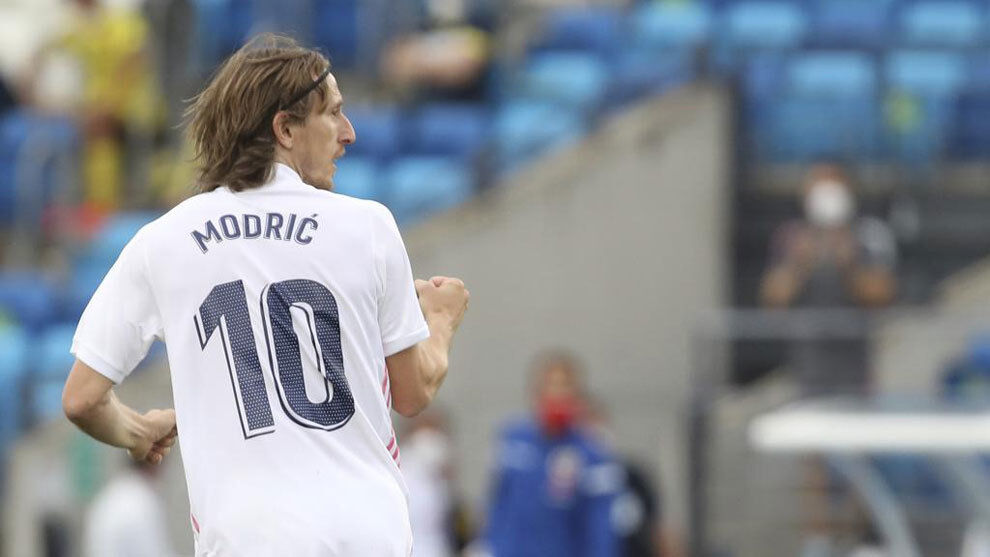 For Luka Modric, there was no room for doubt: Real Madrid is the place he wants to be, and there’s no place better to be.

The Croatian signed a contract extension as soon as it was on the table, even though it meant taking a 10 percent pay cut and bowing to the club’s wish to take things one year at a time.

“It means a lot to me, it fills me with pride. It means I’ll have been here 10 years, which I didn’t expect because I was 27 years old when I arrived and the demands at this club are massive if you are to deserve to stay,” Modric told Real Madrid TV.

“Everyone wants to come here and I’m going to have been here for 10 years.”

The midfielder is looking forward to the challenges still to come but naturally reflected on some of his many successes with Los Blancos.

“There are many beautiful moments: winning the 10th Champions League, and winning the double in 2016/17 was great,” said Modric.

“[The year of] 2018 was incredible on a personal level, the Champions League final I enjoyed most was Cardiff [in 2017].

“What we’ve done in these nine years is unrepeatable. You think about the four Champions Leagues and, if I’m honest, I didn’t expect it.”

“He told us if anyone could win so many in a row it was Real Madrid, and we did it.”

0 33
Is Lucas Vazquez getting a renewal today?

0 26
Can De Bruyne lead Manchester City to their first ever Champions League title?

0 34
Atletico ratings vs Chelsea: A bad night for the worst performance of the season