More Sports Not yet lost a set 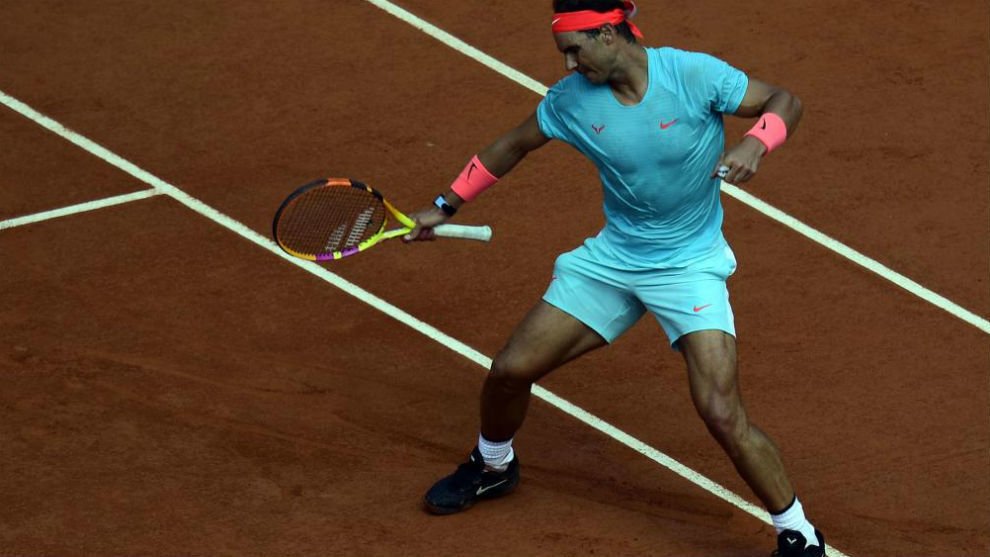 Rafa Nadal is through to the final of the French Open after defeating Diego Schwartzman 6-3, 6-3 and 7-6 on Friday. Just one more match separates the Spaniard from his thirteenth title at Roland Garros, his 20th Grand Slam and a century of victories in the tournament.

It took Nadal 13 minutes to earn his first game of the encounter, and it arrived via a backhand, a type of shot that he hadn’t been connecting with throughout the tournament. Nadal was producing second serves of up to 147 kilometres per hour, while his opponent spurned two chance to break serve in the first set, which would only have one inevitable outcome. Schwartzman won all the inconsequential points and Nadal all the important ones, a theme which would define the match.

However, the Argentine did not give up without a fight. After 25 minutes, he managed to get his break to reduce it to 2-1 on the scoreboard.But Nadal proved relentless and, on 40 minutes it was 4-1 to the Mallorcan, who was not keen on letting up even an inch. Nadal concluded the first set with a serve of 192 kilometres per hour to assert his dominance even further.

Though Schwartzman took the lead early in the second set, Nadal bit back with his third break of sirve in the third game. The Argentine’s fate was sealed in the third when he spurned his 40-15 advantage at 5-5. The World No.2 was in unforgiving mood and put the match to bed after three hours and eight minutes.

Nadal will now face the winner of the duel between Novak Djokovic and Stefanos Tsitsipas but what’s certain is that he will have a few more hours of recovery.

Only one more step separates Nadal from the trophy and his opponent will be a ‘Top 10’ figure who knows what it’s like to beat him.